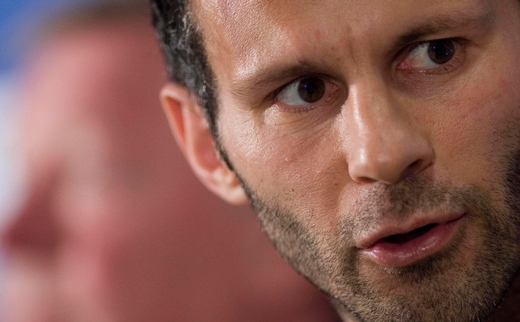 Sir Alex Ferguson has rejected an approach from the Welsh FA to make Ryan Giggs their new manager.

The FAW had highlighted the Manchester United legend as their main target when they began looking for a successor to the late Gary Speed earlier this month.

United boss Ferguson was approached and told that Giggs would only be required in a part-time role so that he could continue to play the club, but the Scot turned down the request.

An FAW source said: 'He [Giggs] was always seen as the natural successor to Gary, but Sir Alex immediately told us there is no chance.

'It’s disappointing as many saw Ryan as the man to continue the foundations laid by Gary. But even a part-time role, which was also mentioned, was also immediately rejected.'

Ferguson has revealed that he wants to offer Giggs, who made 64 caps for Wales before retiring from international football in 2007, a one-year contract extension.

That would take the age-defying midfielder into his 40th year.

The FAW will now turn their attention elsewhere as they look to appoint a new manager before the Gary Speed memorial match against Costa Rica on February 29.

Chris Coleman is the current favourite for the job, with John Hartson also in contention.

Captain Aaron Ramsey is disappointed that he has not been consulted by the FAW over their search for a new man.