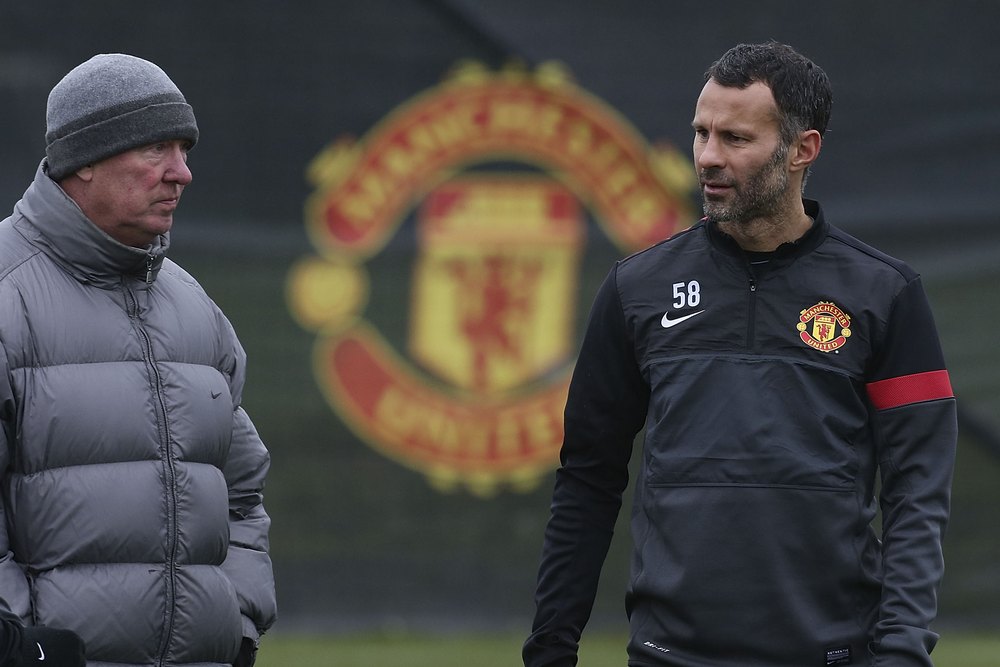 Ryan Giggs claims no manager will ever have the total control Sir Alex Ferguson enjoyed in his days at Manchester United after lifting the lid on life under his “scary” boss.

Jose Mourinho might have called out stars like Luke Shaw and Chris Smalling in public – but United legend Giggs says that was nothing compared to Ferguson’s feared hairdryer.

“Fergie was scary and even now he still scares me” said Giggs.

“I still call him boss because he just has that aura about him. He had that little cough and as soon as you heard that, walking down the corridor at the training ground, you’d dive in a doorway to get out of his way.

“I was always wary of him because he had that ability to turn up at your house – and he sometimes did. Sir Alex Ferguson, Ryan Giggs and the famous Class of '92 Alex Ferguson and Ryan Giggs celebrate after winning the title

“But he did it all for you and he had so many other great qualities.

“He said recently he only ever used the hairdryer half a dozen times – but I think his memory is selective on that! It wasn’t nice to get it, even as an experienced player.”

Giggs recalled: “There was no point trying to argue with him. I did argue back twice, but it didn’t go well.

“The first time was against Juventus away. They were a very good team and, at half-time, I half-questioned him – and got substituted there and then!

“I did it again, though, because, when you are playing and in the midst of it, the adrenalin is going with you as well.

“We were all winners, so if you wanted to make a point and put it across, you would.” Giggs remembered how David Beckham used to tell him to shut up when he argued back with Ferguson.

“Half the time I’d be sat next to Becks and he would be whispering, ‘Be quiet, be quiet’, if I said something back, and I’d do the same,” added Giggs.

“You could never win – but we still said our bit.

“It’s very difficult to think there would be any more managers like Sir Alex and have that success and control. Nowadays it’s a very difficult environment for managers.” Despite playing with United greats Eric Cantona, Paul Scholes, Roy Keane and Bryan Robson, Giggs reckons Cristiano Ronaldo was the best of all.

“People forget he had a difficult start, but he did – and still does – everything he can to be the best,” said Giggs. “He’s an unbelievable athlete and player – the best I played with. The duo on the training ground (Photo: Matthew Peters)

“He was really good to have around the dressing room – until you needed the mirror. First, it was Becks, who sat there, and, when Cristiano came, he replaced Becks next to the mirror. So, you could forget it if you wanted to use the mirror – you’d have to wait!”

Ronaldo was a Fergie favourite – but no one came close to Eric Cantona for being given a free rein.

Eric Cantona was given free rein at Manchester United Giggs said: “Eric got away with murder – he never got the hairdryer.

“We’d go to a black-tie do, my tie wouldn’t be straight or Nicky Butt’s top button undone and he’d rip into us.

“The next minute Eric would walk in with a white linen suit and red trainers and Sir Alex would turn to us and say, ‘Look at that – that’s style!’

“People point to the young lads in that 1996 title-winning team and won their first championship, but it was guys like Schmeichel, Keane, Cantona and Bruce who really won it.”