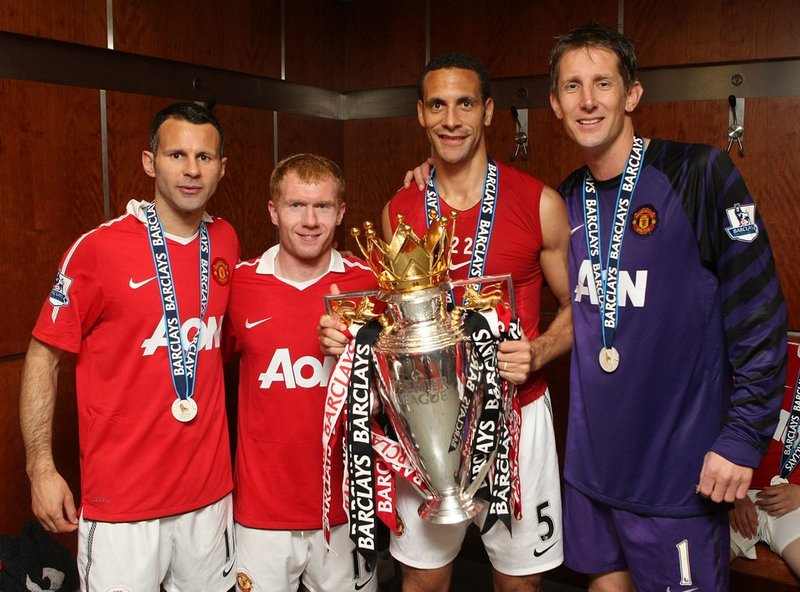 A host of Manchester United greats, including Ryan Giggs, Ole Gunnar Solskjaer and Paul Scholes, will join David Beckham and Sir Alex Ferguson at Old Trafford next month for the 'Match for Children' in aid of UNICEF.

Beckham will captain a Great Britain and Ireland team, managed by Sir Alex, to take on a Rest of the World XI, led by Zinedine Zidane and managed by Carlo Ancelotti.

United fans will be particularly excited to see club legends like Giggs, Solskjaer, Scholes, Rio Ferdinand, Nicky Butt, Edwin van der Sar, Andy Cole and Dwight Yorke back in action, alongside Beckham. And some of the best players to have graced the game, from European Champions to World Cup winners, including Fabio Cannavaro, Patrick Vieira, Cafu, Luis Figo and Ronaldinho, will also be involved in the game on 14 November.

The latest list of players is as follows, with more still to be named:

Rest of the World

Money raised through profits from ticket sales and donations made on matchday will go to UNICEF’s work providing lifesaving care including protection, health and nutrition for some of the world’s most vulnerable children.

Over the past decade Beckham has helped UNICEF, a club partner of United's for the last 16 years, promote and protect the rights of children. He has raised global awareness of the dangers children are facing around the world including malnutrition, Ebola, HIV/AIDS, violence and the devastating effects of natural disasters. He has travelled to see UNICEF’s work, meeting children and their families in Sierra Leone, South Africa, Thailand, the Philippines and Cambodia. In September 2015, David joined United Nations Secretary-General Ban Ki-moon and UNICEF executive director Anthony Lake to unveil a digital installation that brought the voices of children and young people to the heart of the United Nations General Assembly.

The 'Match for Children' will kick off at 15:00 GMT on 14 November. Tickets are now sold out, but hospitality packages are still available to purchase online.