Welsh dragon Ryan Giggs turns up the heat on England 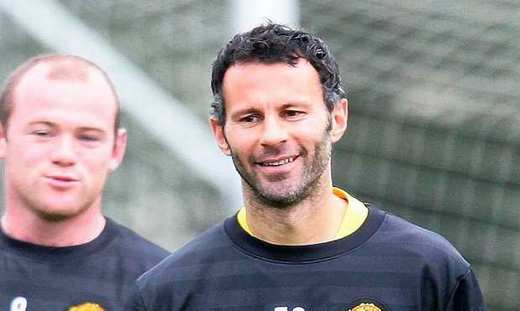 The Manchester United winger is desperate to see his countrymen deal a hammer blow to Fabio Capello’s Euro 2012 qualifying campaign.

He has warned Wayne Rooney to expect a ferocious reception at the Millennium Stadium tomorrow as club loyalties are put to one side in favour of national pride.

And Giggs insists Wales have the added incentive of revenge following England’s 26-19 victory in the Six Nations at the same venue last month.

“I’m a keen follower of the rugby,” said the 37-year-old.  “I was disappointed that day at the Millennium, so hopefully we can get our own back. It’s a great stadium. It’s in the middle of the city and for the whole day in the build-up to the game the atmosphere will be great.

“Being a Welshman you want to beat the English. There is no bigger game.

“Hopefully the crowd will be up for it and the players will also. But it is going to be a tough game as England are a quality team so we need to be at our best.”

Wales have already been dealt a major blow with the news that their star player Gareth Bale has been ruled out with a hamstring injury.

Bale has become his country’s talisman since Giggs retired from international football in 2007.

Giggs believes his incredible success at United has been boosted by his decision to walk away from the international scene – but admits he would love to pull on the red of Wales to take on England again.

He lost twice against the Three Lions during the 2006 World Cup qualifying campaign.

“It’s the one game that makes you wish you were still playing,” Giggs admitted.

“I was fortunate or unfortunate – whatever way you want to put it – to play against England when I was still playing.

“We’ve got a good team spirit with good players coming through. But we realise it’s going to be a tough game.

“Hopefully, we can use the home advantage and get a big crowd behind us and get the result.”