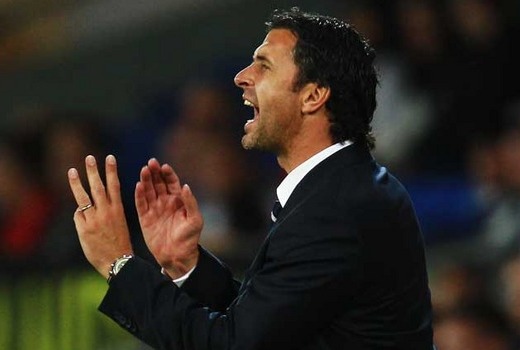 Ryan Giggs has added his voice to the tributes being paid to Gary Speed, with the Manchester United midfielder 'devastated' to learn of his death.

Speed, who had been the manager of the Welsh national side, was found dead at his home in Huntington, Chester on Sunday morning.

Speed's goal for Bolton at Reading in August 2007 made him the only player at that point to have scored in every Premier League season to date.

Giggs went on to match and subsequently extend that statistic, though he is yet to score a league goal in the current campaign.

Giggs, who played alongside Speed for Wales, said: "I am totally devastated. Gary Speed was one of the nicest men in football and someone I am honoured to call a team-mate and friend.

"Words cannot begin to describe how sad I feel at hearing this awful news.

"It goes without saying my thoughts are with his family at this tremendously sad time."