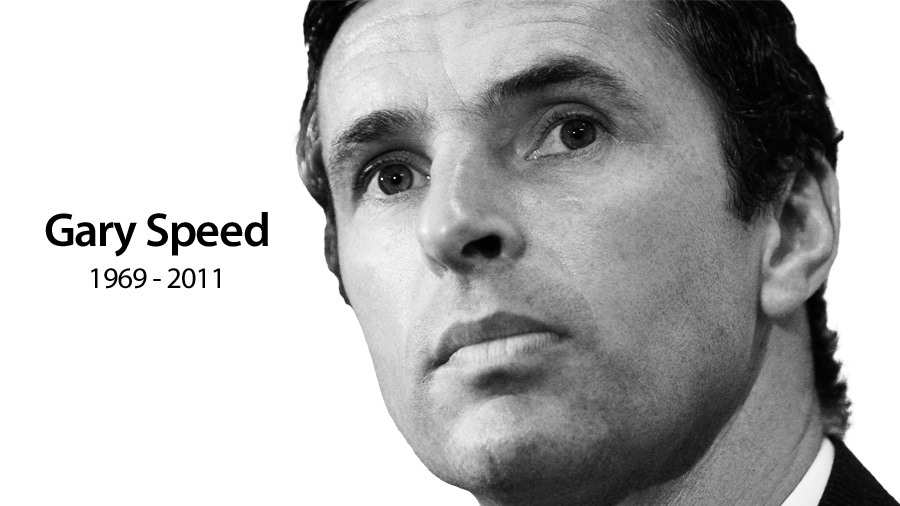 The Football Association of Wales are sad to announce the death of the national team manager Gary Speed.

We extend our sympathies and condolences to the family.

We ask that everyone - especially the media - respects the family's privacy at this very sad time.

Gary was appointed one year ago and was given the brief to prepare the Wales senior squad for qualification to the FIFA 2014 World Cup in Brazil. During his year in charge, the results and performances in the final European Championship qualifiers and friendly games suggested that there were strong grounds for optimism that the team could challenge for a place in the finals in three years time.

As a player, Gary had an exemplary career. A versatile player who could feature in midfield as well as defence, he won 85 international caps over a period of fifteen years between 1990 – 2004 before retiring at the end of Mark Hughes’ time as manager. Many felt that he still had further international years in him, but he used the time to continue his club career, eventually making more than 750 first team appearances.

Born in Mancot in Flintshire, he was a star schoolboy player and was signed by Leeds United in 1988, making his debut as a nineteen year old. His eight-year stay at Elland Road saw the club win the First Division Championship in 1982 and he also featured in a League Cup Final defeat in 1996.

He then had a short spell of eighteen months with Everton after a £3.5m move, but it was with Newcastle United from 1998 onwards that he came-into his own as a senior player, with more than 200 Premier League appearances and becoming part of the side that reached FA Cup Finals in 1998 and 1999. The side managed by Bobby Robson and including Alan Shearer. It was one of the great sides from that famous club.

Gary’s final clubs were Bolton Wanderers (2004-08) and Sheffield United (2008-2010). He began to mix playing with coaching and when Kevin Blackwell was sacked as Sheffield United manager at the start of the 2010-11 season, Gary was appointed as his successor. However, after only a few months in the post, he was linked to the vacant Wales managerial position and given permission to talk to the FAW. This he did and was appointed to the post in December 2010.

All at the FAW admired Gary’s passion for the job and task of taking the team back up the European and World rankings. With the qualifying dates for the next World Cup group agreed only last week in Brussels, there was much to look-forward to over the next few years.

That this tragedy should have overtaken someone so young and talented is a huge loss not only for his family and friends but a nation as a whole.

FAW Chief Executive, Jonathan Ford said: ‘I, and all of the football family of Wales, am devastated by the news of Gary’s passing. My thoughts and prayers are with his wife and family at this difficult time.’

FAW President, Phil Pritchard added: ‘I am completely shocked by this terrible news and my thoughts are with his family. We will do whatever we can as an association to help them in this difficult time.’

All our thoughts are with his family and this sad time.