Why Giggs and Bale must go for gold 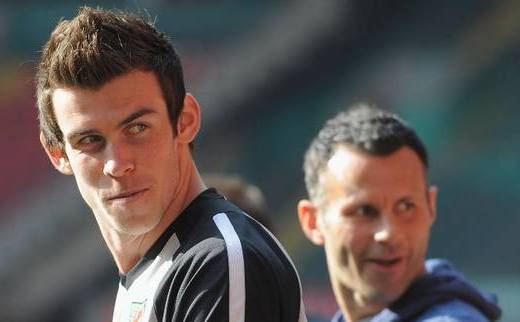 Football simply has not got it yet. The game as a whole has not realised just how big the Olympics will be.

Big name players in the Premier League have got the multi-million pound contracts, the endorsements, they have played for their respective countries and have won trophies.

But this is the once in a lifetime opportunity to win an Olympic gold medal. Represent Great Britain in a football team. And it's all in their own country.

The London Olympics will be a unique opportunity and that is why the draw of the Games will be one that many players find hard to resist.

If you are a football fan and just think the Olympics is a minor distraction then think again. This is going to be really, really massive.

It will take over the country, get everyone wrapped up and it will dominate the agenda across Britain.

Football is normally a side issue for the Olympics. But being in London and a GB team makes the world of difference.

When tennis first became embraced by the Olympics, everyone said that none of the big players would take part.

Now all of the big tennis players take part and are desperate to win gold. The Olympics is huge for any sportsman or sportswoman.

David Beckham gets it. He took part in the bidding process and the next few months of his career, in my view, will be about getting himself in good shape and focused for the Games.

It offers a stage for Ryan Giggs who has never been able to play at a World Cup with Wales. Then you have Jack Wilshere, hugely patriotic and proud. Gareth Bale, Aaron Ramsey and so on.

Who would play from Scotland? Well, Darren Fletcher would certainly be a consideration. Northern Ireland would struggle to be represented. Jonny Evans possibly.

But Stuart Pearce should not be thinking quotas and nothing should be imposed upon him. It should be about the best players, the best squad.

Hopefully, managers will get it and release players. Maybe because it's stuck in pre-season, some may even see it as a chance for players to get match fit.

Some may be difficult in releasing players. But amid a national excitement for the Olympics, it will be hard for them to ignore the scale of the event and the excitement among the players when they fully understand it's a once in a lifetime opportunity.