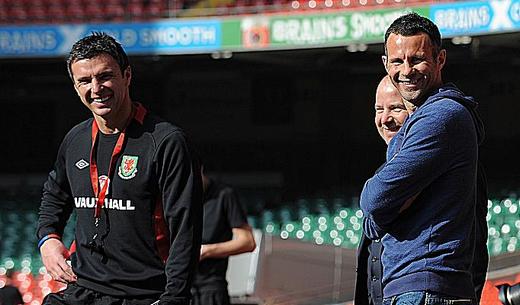 The FA of Wales will wait until the New Year before making an approach to the Manchester United legend out of respect to Speed and his grieving family.

A Wales insider said: "Ryan has never managed but he's seen as a natural successor to Gary. At 38, he's the right age to be on the same wavelength as our young team.

"We've had success with people in the same position.

"Wales was Mark Hughes' first job as a manager but he was a success.

"Gary had very limited experience as a manager but he did a great job.

"Our players and fans still haven't got over his death."

Wales hope to have someone in place for their friendly — possibly against Costa Rica — on February 29.

So Giggs, who may be offered another year's contract at United after this season, could take charge only on a part-time basis.