October 15, 2013
Posted by Steven Tan | Source from The Independent 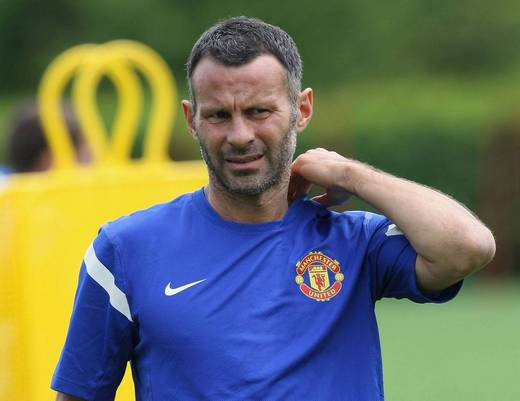 If it hadn’t provided such a dismal commentary on the competence and professionalism of the Wales national football team, the story of Chris Coleman’s lost passport is one we might smile about and welcome for providing a dash of colour to the dismal, monochrome World Cup qualifying campaign that ends tonight in Brussels, against a Belgium team organised down to their bootstraps and already booking hotels in Brazil.

A few meaningfully good results can put a cock-up like discovering your most essential travel accessory is missing, 12 hours before the flight from Cardiff Wales airport to FYR Macedonia, firmly behind you. It provides another of those little airport embarrassments to file alongside the story of the Welsh squad exceeding their baggage allowance by a ton and a half for the trip to Belarus in 1999 and having to requisition seats on a supporters’ plane to get team and kit there. All part of the chaos Mark Hughes inherited as manager.

But set amid the sad evaporation of those hopes rekindled so strongly by the late Gary Speed, the “passport issue,” as the PR people described it, really did matter. Not so much the oversight – which did seem to return Wales to the chaos of the Bobby Gould era which Hughes found so maddening – but for Coleman’s reaction to the quite reasonable question of whether he intended to apologise. “To who? What are you talking about?” Coleman retorted, when he finally managed to make it to a press conference theatre to account for himself and his team, who by then had lost 2-1 and lost all mathematical hope of qualification for Brazil. “To the supporters, actually” came the not unreasonable reply. “You make of it what you want,” he replied. Evidently not, then.

It does not seem to have been entirely lost on the Football Association of Wales (FAW) that the whole episode reflected a lack of the intelligence and engagement which had made Speed such an exhilarating breath of fresh air, until his premature death almost two years ago.

The FAW mood music seemed to change in those few short days last month when the sorry trip to Skopje – where Coleman eventually arrived, on match day, via Heathrow and Vienna – was followed by a 3-0 defeat at home to Serbia. Coleman has indicated privately that he wants to take Wales into the 2016 European Championship campaign but there are no ringing endorsements of his work.

The FAW chief executive, Jonathan Ford, was more brutally honest about Wales’ desperately disappointing qualifying campaign than he needed to have been in Friday night’s programme notes for the Macedonia return. Craig Bellamy has passed up the chance to extol Coleman’s virtues in two public appearances during the past week. Coleman’s contract talks, which seemed positive before the back-to-back defeats, have stalled.

It was when Speed arrived, taking over the failing nation John Toshack’s Wales had become, that we last witnessed how a player who has defined professionalism can have such an alchemic effect on the Welsh national team. The cry-offs – one element of the job which frustrates Coleman, who thinks the FAW’s response to them is timid – mysteriously stopped overnight and suddenly everyone wanted to belong to the squad.

The team, with Bellamy and Gareth Bale harmonising incredibly, proved two years ahead of England how to demolish Montenegro at home. This is how Wales can be when the small quotient of geniuses they always seem to possess are inspired enough to jump at a place among their country’s more artisan footballing men. The effect was just the same when Mark Hughes succeeded Bobby Gould in 1999.

And though Bellamy – passionate and unpredictable – seems to be willing to take up the reins, the moment has surely arrived for the man who is cut from the same cloth of quiet intelligence as both Hughes and Speed.

The notion of Ryan Giggs as Wales manager is one which has tantalised the Principality for almost as long as the nation’s partial devolution. Giggs has contributed to it and flirted with it. “You can’t just walk into a job because you had a career in the game,” he said in August. “You have to be deserving of managing your country because it’s a massive honour.” But always in the background has been the spectre of Sir Alex Ferguson, bluntly ruling the idea out, to the point of ridicule at times.

Giggs’ landscape has now been changed utterly, of course, and David Moyes is not the only reason why. Had Moyes installed him as the most powerful part of his support team, rather than recall Phil Neville to Old Trafford, you feel that the road Hughes and Speed took might still be blocked off. Instead, the first player to complete his Uefa Pro Licence while still playing must be wondering how long he must now wait at Old Trafford before putting all that work to effect.

Coleman was present, with his documentation, in Brussels’ King Baudouin Stadium last night, though nothing that happens there this evening can mask the underlying picture. There were some polite and positive comments when Wales, with 15 players missing through injury, won the return match versus the Macedonians 1-0 in Cardiff on Friday, though that nation lose to almost everyone away – Luxembourg included.

The crowd of 11,250 at the Cardiff City Stadium was the most revealing statistic. It may be a struggle to muster even 10,000 when Wales play Finland next month, in a friendly fixture unfathomably scheduled for the same day as the autumn international rugby fixture against Argentina in the capital city. The Welsh national football team needs saving. Now is the time to call upon the boy from Pentrebane.