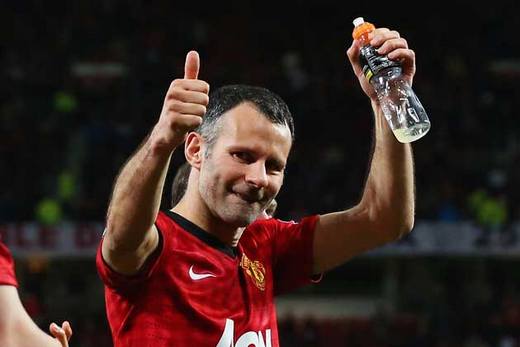 London: Alex Ferguson has helped Manchester United win their 20th league title and also helped himself 49 club trophies. Beyond that, the focus will shift to next season with the Scot confident there is even better to come from a squad that has critics divided when considering how it measures up to others like the 1999 treble winners or 1994 double winners.

"There's a lot of youth in the team, it's a team that can stay together for a long time and hopefully they do and Ryan Giggs and Rio Ferdinand, the old codgers, still can carry on," Ferguson said.

"I'm really happy with the squad, really delighted, they are a good bunch of professionals, of human beings. There is no reason why we can't go on and improve for next year." which is justified by performances such as Monday's where he provided the assist for Van Persie's second-minute opener.

"He's a unique freak," Ferguson said of the midfielder, who has featured in all of the 13 Premier League title wins and has scored in every Premier League season. "He'll play for another two years, trust me." Ferguson's greatest praise this season was reserved for Dutch striker Van Persie who has made all the difference and whom City have been able to only watch with envy having missed out on his signature.

"He's been unbelievable," the manager said. "He has to take a lot of the credit, his goals tell you that. His performance level will tell you that (but) I'm sure Robin will be saying what a great bunch of players he's got with him."