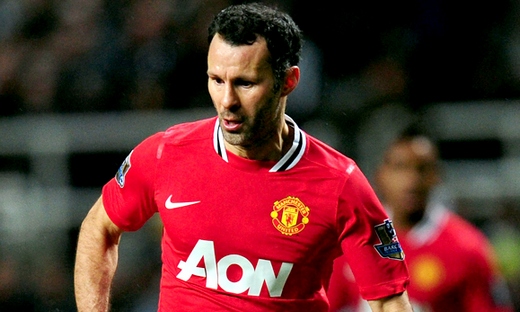 Sam Ricketts would love Ryan Giggs to be installed as Gary Speed’s successor as Wales manager.

But Bolton’s Welsh international defender admits the vacancy has come too soon for the United legend.

“Of course, I’d like to see Ryan get the job one day,” said Ricketts. “To be honest though, I think it’s probably come a year too early.

“But for me Ryan would be the ideal figure for Wales, a very similar figure Gary Speed.

“He is well respected in the game and players look up to him.

“And one day I am sure he’d love to be Welsh manager. And as players we would love him to get it.

Giggs, who won the last of his 64 caps in 2007, was the FAW’s main target, albeit in a part-time capacity, following Speed’s death in November.

However, Ferguson blocked the approach and is considering handing the Premier League’s most decorated player a new12-month contract.

Ricketts, after recovering from a 10-month lay-off due to a ruptured Achilles, hopes to feature in a memorial match for Speed against Costa Rica on February 29, by which time Wales hope to have a new man in charge.

It is likely Chris Coleman is set to be given the job, although Ricketts would prefer to see Speed’s assistants Raymond Verheijen and Osian Roberts be given the chance.

“You want the best man for the job and Gary Speed was the ideal man,” adds Ricketts.

“And like a lot of players I would be very disappointed if they (the FAW) come out and change anything from how it is now.

“Whether they want to bring in a figurehead in like Gary Speed or leave it as it is.

“But I wouldn’t like any members of staff who have come in or that system as it is now to be changed.”

Giggs was a late substitute in United’s 3-0 win over Bolton on Saturday which keeps the pressure on Premier League leaders City. Ricketts, though, believes it is a three-horse race for the title, with Tottenham also set to have a say.

“There are so few points between the top three,” he said. “Spurs have put themselves in with a chance after their great run. They have got a freshness about them and they have no nerves.

“If they don’t win it, I would expect it will be United or City, especially City with the money they have spent.

“However, United are just traditionally used to competing up there so I think it will go right down to the end.”

An inquest into the death of former Bolton, Newcastle, Leeds and Everton star Speed will be heard on January 30. The 42-year-old was found hanged at his Chester home on November 27.