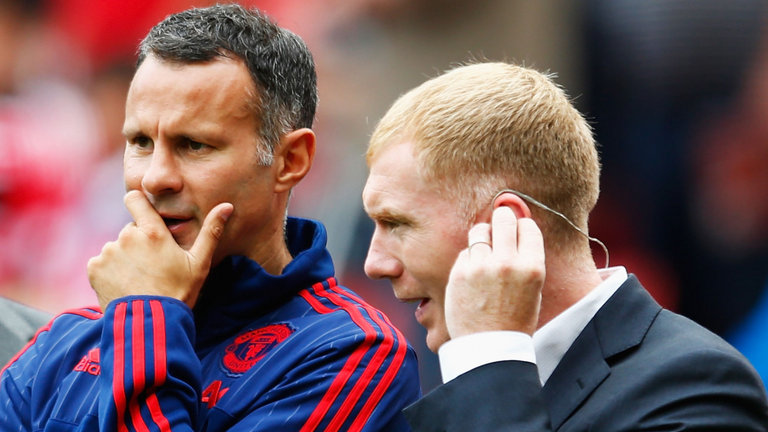 Ryan Giggs says he has spoken to Paul Scholes about the possibility of joining the Wales coaching staff.

The Football Association of Wales handed Giggs his first job in management earlier this month and the former Manchester United player is looking to assemble his backroom team ahead of his first game in charge.

Giggs called upon Scholes to join his coaching staff when he took interim charge of United in 2014, alongside Nicky Butt and Phil Neville.

According to reports, Giggs is keen to involve some of his former team-mates in the Wales coaching staff, but the 44-year-old insists he has not settled on who he wants to join his team.

"I speak to Scholesy all the time," said Giggs. "I saw him Saturday at Salford City - but there are no names who are concrete.

"I am talking to lots of people and I do not want to mention individuals. I obviously know Scholesy really well. We will see what happens."

Giggs continued: "It is a balance. A balance about getting experience, fresh ideas - someone who can improve the Welsh team.

"It is my first job (in management), so if you have someone with experience, it is a bonus.

"We are getting there (with coaching team). Nothing concrete at the moment - only Tony Roberts as goalkeeper coach who will carry on, someone I know well from my playing career with Wales.