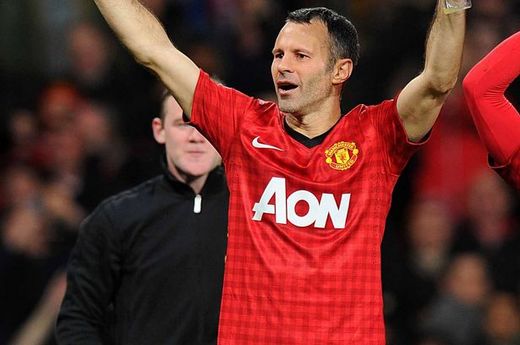 Cardiff-born Giggs has signed on for another season at Manchester United even though he will be celebrating his 40th birthday in November. And that means he could meet his hometown club for the first time during his long and distinguished career.

“It (Welsh football) seems to be on a crest of a wave at the moment, with Welsh rugby also being so strong,” said the former Wales star.

“It’s great for the country. I’m from Cardiff so I know that it’s great for them to get a little taste of what Swansea have experienced in the last couple of years, playing in the Premier League and seeing great players come to their city and play.

“Five or six years ago you would never have thought that Cardiff and Swansea would be in the Premier League but that’s going to happen now.”

And Giggs will be an interested observer when the football fixtures – published on June 19 – reveal the dates of the first South Wales derbies to be contested in the top flight.

“It will be tasty!” he predicted. “They’ve played each other in the Championship but this is on the biggest stage. There’s a massive rivalry between the two teams so the stakes are even higher now that Premier League points will be on offer.”

Giggs played a decisive cameo role as he made his 940th United appearance in Sir Alex Ferguson’s Old Trafford farewell on Sunday. He started the move which led to a United corner and Rio Ferdinand’s late winner which saw off Swansea 2-1.

But Giggs was full of praise for Michael Laudrup’s League Cup winners, saying: “The second season is always more difficult, so I think a lot of people wondered how well they would do.

“With Brendan Rodgers leaving and Michael Laudrup coming in people were unsure how they would fare.

“They showed in the first few games of the season what they were going to do.

“They brought in Michu, a fantastic buy for £2m, and you have to say they’ve had a great season.

“They seem to be going from strength to strength and that’s credit to the players, the club and Laudrup who’s come in and continued what they were doing last year.”