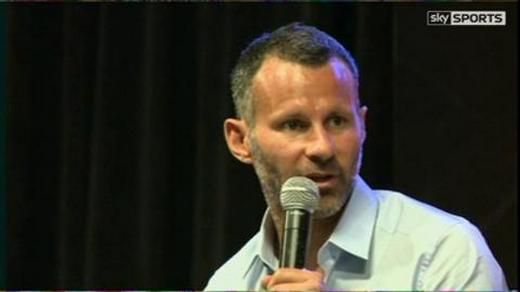 Ryan Giggs admits he was fortunate to have played under Sir Alex Ferguson at Manchester United.

The Welshman recognises he owes his career to the former United boss, who retired after 26 trophy-laden years at Old Trafford at the end of the 2012/13 season and has been succeeded by David Moyes.

Ferguson always put his trust in homegrown talent, including introducing a teenage Giggs in the early 1990s, and was repaid by the dedication of his players.

And now 39-year-old Giggs said: "We were lucky to play under a manager who believed in playing young players.

"I think, when you have someone like Sir Alex believing in you, you do not want to let him down. So, you try hard and you try and to do all the right things.

"You are not going to play well every week. If you do not play well, you go back, you practice and try and play as well as you can in the next game."