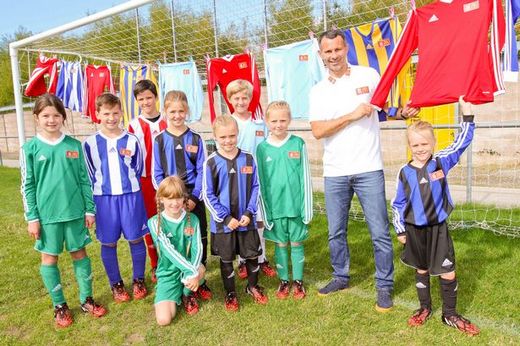 Ryan Giggs may have hung up his boots last year but there has been little let up for the 40-year-old since his retirement from playing.

After a spell in temporary charge of Manchester United, Giggs was appointed Louis Van Gaal’s number two and, after a difficult start in the Premier League, now faces the task of turning the Red Devils’ fortunes around.

A week before the start of Wales’ qualifying campaign against Andorra, Giggs took time out to speak with Simon Gaskell in a rare in-depth interview.

Here, the football legend delivers his verdict on Gareth Bale, Wales’ Euro 2016 qualifying hopes, close friend Ole Gunnar Solskjaer, Swansea City and whether he would like to manage his country one day.

Do you see elements of yourself in Gareth Bale?

He’s a player you would pay money to go and watch. He gets you out of your seat, he’s got electrifying pace and power and he’s just developed and kept on developing and kept on getting better. He’s now one of the best players in the world and he’s someone who would walk into any team.

But what I like about him is, I’ve seen him in the summer and he’s not changed from when he was 16 or 17 when I first met him when he came into the Welsh squad. He’s humble and he wants to get better and improve.

I’m so pleased he’s done well so far in his career but he’s still only young, still developing but obviously the main focus is on him because of the quality he has and he’s at Real Madrid. It’s similar to when I was young and I was in the team – because I was at United, the focus was on me.

There is a lot of pressure but he has got good players around him like Ashley Williams, Joe Allen and Aaron Ramsey. They are all players that are in good form and that’s what you want when you meet up for international games. You want the players playing well for the club. There’s not only Gareth, there’s quality players around him.

I have seen first-hand what Aaron can do when we joined up for the Olympics. He’s another player who is in good form, has started the season well and had a fantastic first half of the season before he got injured last year.

What are your managerial ambitions?

I’m just learning my trade at the moment. I was lucky last year in that I had four games managing Manchester United. That experience is second-to-none. I’ve done all my badges and finished them this summer and that was great and helps prepare you to go into coaching and management. But I must say the best apprenticeship I could have had was managing Manchester United. I learnt so much even though it was four games. I had a little taste and I enjoyed it. Hopefully one day I’ll become a manager. Where? I don’t know.

I don’t know. At the moment I’m just trying to develop myself as a coach. It’s like starting again. You just try and pick up things as much as you can and wherever that takes you, it takes you. I think Chris is doing a fantastic job at the moment and I hope he gets off to a good start. In the future, you never know what’s going to happen.

Ole Gunnar Solskjaer is a close friend. What do you make of Cardiff City and how often do you speak to him?

I speak to Ole all the time. He’s never changed from when he signed. My grandparents’ shop is just by the Cardiff City Stadium and he invited them into his office for a cup of tea. That’s the kind of person he is. He’s such a friendly person but also he’s got that bit of steel about him which he had as a player and he’s taken into management as well.

It was tough for him last year because when you come up from the Championship, it’s always hard to stay in the Premier League. Once you get one or two years it becomes easier. He’s obviously enjoying it, he’s had a pretty good start to the Championship. 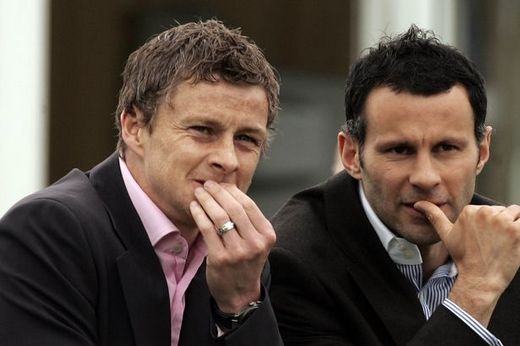 We speak about players who are doing well, player who aren’t and how things are going. He’s obviously helped me because I’ve just come into coaching and he’s given me a different point of view. I’ve spoken to Steve Bruce, Bryan Robson and Paul Ince – people who have been in coaching and management for quite a bit - but Ole’s only just gone into it so he’s given me a different perspective altogether.

Do you think Cardiff will bounce back to the Premier League at the first opportunity?

I hope so. It’s always going to be tough because the Championship is such a tough division to get out of. But they’ve had the experience over the last couple of years and hopefully that’s helped them. They’ve got good players there and, in a short space of time, he’s been a successful manager. Hopefully they can go straight back up.

Swansea City are second in the Premier League after three straight wins. Are you surprised?

I’m not surprised. Like I said, once you establish yourself in the league, it becomes a little bit easier. That’s what Swansea have done, they are now an established Premier League team and they’ve got that confidence, that philosophy through the club.

No matter what manager comes in, they still play attractive football and I’ve seen first-hand – they beat us in the first game of the season, so they’ve obviously started off the season really well and they’re flying. That’s obviously great for Welsh football. 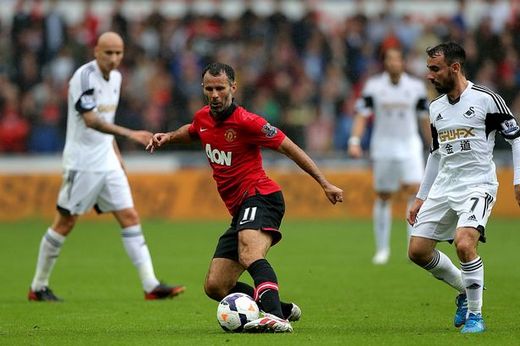 Do you enjoy coaching as much as playing?

Nothing can beat playing but I must say I enjoy coaching and enjoy helping people. The feeling that you get if you are helping someone is great. Obviously, they appreciate it and it helps them develop as a player. Today I've been at Flint Town coaching youngsters as part of my role as McDonald's ambassador and it was great getting involved with the kids and just giving them a little bit of insight and a few tips. You were once 10 or 11 and every little bit of help you can get, you take on board.

Do you think Wales will qualify for Euro 2016?

It’s always tough because of the seedings. You are always in with a couple of decent teams but, on our day, we’ve got the quality to beat anyone.

It’s a good start. There are no easy games in international football but if you want to qualify for a major championships you need to beat teams like Andorra. When you get off to a good start, that gives you confidence and you look to build from there.

Twice I came close to qualifying for a World Cup or Euros and each time we started off the campaign really well, so I know how important it is. If you can do that, the country then gets behind you, the fans come out in their thousands to support you and you build it from there. Hopefully that will be the case.

You are McDonald's new Head of Welsh Football and have launched a new four-year partnership with the FAW. Tell us a bit more.

500 accredited clubs are getting a new kit each season so there are over 7,000 to 8.000 kits. It's obviously great because you want good coaching, you want good facilities and you want good kit so it's great that McDonald's have renewed a partnership they had with the FAW for another four years.

It's one that I'm passionate about from my background from growing up. If the infrastructure is there - whether you become a professional or play for the fun of it - girls or boys, it can only help you if you've got the backing of people like McDonald's and, together in partnership with the FAW, it can only be good.

*Ryan Giggs, McDonald’s new Head of Welsh Football, was speaking at the launch of McDonald's new four-year community partnership with the Football Association of Wales. McDonald's is giving over 500 accredited junior football clubs one free kit every season for the next four years with the potential for more than 7,000 kits to be distributed across Wales in the first year. For more information visit www.mcdonalds.co.uk/betterplay