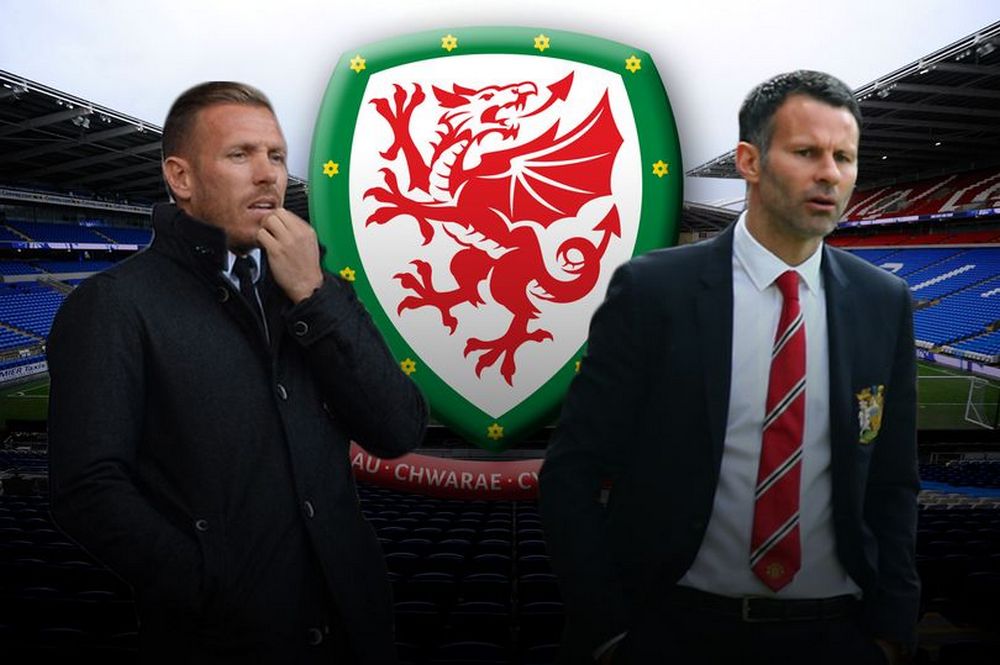 Wales are ready to explore the prospect of bringing in either Ryan Giggs or Craig Bellamy as new age-grade chief with a view to one of them succeeding Chris Coleman as senior team boss.

The move would mirror what has just happened with England, following Gareth Southgate's promotion from under-21 to World Cup manager, and demonstrate proper succession planning from the FA of Wales.

The prospect of one of the two Welsh legends coming on board is set to be discussed by senior FAW officials early in the new year following their surprise decision to part company with Geraint Williams from the key youth role.

Williams oversaw the Welsh teams from under-17 through to under-21 and included a recent under-19s victory over England on his portfolio, when new Liverpool sensation Ben Woodburn starred.

However, FAW bosses feel a new direction is needed... and Giggs and Bellamy each fit the bill as the inspirational type of new figurehead they are seeking to bring the best out of another golden crop of Welsh youngsters.

Those names are set to be the main ones that crop up when the FAW's powerful officers sub-committee get around the table in January to discuss the new way forward.

Welsh bosses could put in place the type of promotion from within policy that has benefited giants of the game such as Germany, Italy, France and the Netherlands, helping them deliver success on the international stage.

It remains to be seen, of course, whether England's similar approach over their new boss Southgate works.

Coleman plans to leave his Wales role at the end of the 2018 World Cup, when hopefully Gareth Bale and his colleagues will have qualified to battle it out amongst the elite in Russia.

Wales want to be ready for that moment, with hopes the current crop of young guns being brought through could be just as talented as the Bale-led golden generation that reached the last four at Euro 2016.

Coleman could go earlier, of course, if Wales don't qualify for Russia and he continues to be linked with a glut of big-money club jobs following his team's stunning exploits out in France.

Crystal Palace were being heavily linked with Coleman last week, before the victory over Southampton eased some of the pressure on their under-fire boss Alan Pardew.

Coleman is a former Palace captain and fans' favourite at Selhurst Park. He has also been linked with another of his old clubs, Swansea City, as well as Hull and Chinese Super League outfits, but maintains he wants to see through the job with Wales.

However, the FAW wisely feel it is time to have one eye on the future and told Williams, who was brought on board by Coleman, they are not renewing his contract.

Woodburn heads up a glut of highly gifted youngsters coming through the Welsh system and FAW bosses believe the under-17s, under-18s and under-21s need to be qualifying for major tournaments with the talent at their disposal.

Giggs and Bellamy have each been identified as candidates for the youth guru role and their presence could have a galvanising effect on the cream of Wales' best teenage talent.

The stature and respect Giggs and Bellamy command could even help persuade dual qualified youngsters such as Woodburn, midfielder Ethan Ampadu and Chelsea full-back Cole da Silva throw in their lot with Wales at senior level. Those three, as well as others in the Welsh age-grade set-up, can also play for England.

Giggs or Bellamy would also be popular choices as Coleman's eventual successor amongst a Welsh nation at large keen for the current feelgood factor to continue.

Giggs has been targeted by the FAW for some time and was even approached for the senior manager's role before the appointments of Gary Speed and Coleman.

He is involved in the Welsh community game as an ambassador for sponsors McDonalds and is keen to make the move into management, although he maintains he will only say yes to the right job.

Giggs has turned down Swansea City and is available, having been overlooked for the Manchester United manager's role.

Bellamy is also ready to step up into management and has already helped coach youngsters for Wales and Cardiff City.

Wales' teen talents would thrive upon the fiery passion and know-how he would bring to the dressing room.