Robert Page: Ryan Giggs can carry on past 40 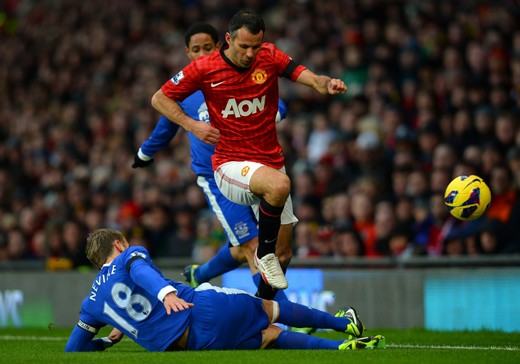 The 39-year-old marked his 929th appearance for Manchester United by scoring in Sunday's 2-0 win against Everton - finding the net for his 23rd season in a row.

And Page, who played alongside the midfielder for Wales, reckons the veteran has another couple of seasons in him yet.

"Ryan has taken care of himself down the years and he's seeing the benefit of that now," said the former centre-half.

"I'd think he has another couple of seasons in him. That's an achievable goal, definitely, and I can see him making 1,000 appearances for United.

"What he has done is abolutely phenomenal.

"He's a year older than me and to still be playing in the Premier League is unbelievable really.

"To still have that ambition and drive is testament to what he's all about."

Page said Gigg's enthusiasm for the game is a great lesson for younger players to look up to.

"It's not money that motivates him, it's wanting to play football and that's fantastic to see," he added.

"He's a great professional and he has a great goals record. To score in every season that he's been in the Premier League is just ridiculous.

"I played a good few games with Ryan. He wanted the ball all the time and it was great to have a player like that in your team."