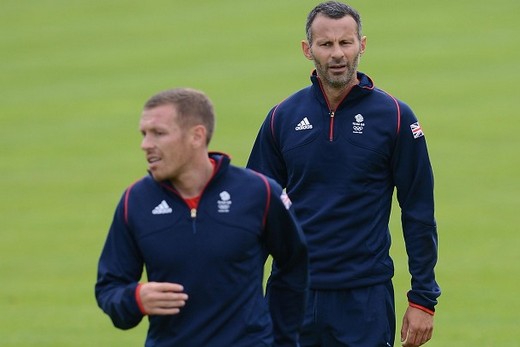 Great Britain football coach Stuart Pearce believes Ryan Giggs and Craig Bellamy have set a perfect example for the younger members of his squad as the pair prepare for their Olympic homecoming.

Liverpool striker Bellamy, 33, got on the scoresheet against in the opening draw with Senegal and then combined brilliantly with 38-year-old captain Giggs for the opener during Sunday's 3-1 triumph over the United Arab Emirates. The duo will get the chance to represent GB in the city of their births on Wednesday when Pearce's side meet Uruguay at a sold-out Millennium Stadium in Cardiff,

"With those guys it's the whole package," said Pearce. "They get picked for what they can do ability-wise. That's the first port of call when I spoke to these two individuals. From there, I wouldn't say we have been pleasantly surprised. That was the expectation."