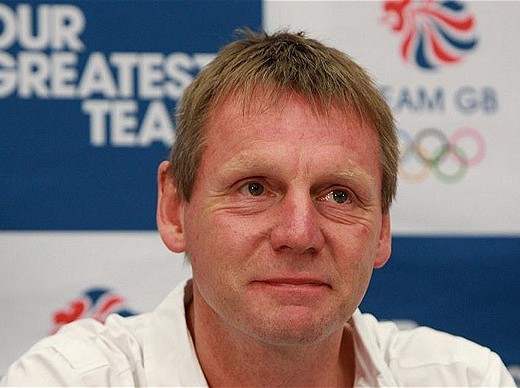 British Olympic football coach Stuart Pearce said no manager "picks on sentiment" as he explained why David Beckham had been left out of his squad for the London Games.

Last week former England captain Beckham announced he'd been left out of the squad despite being desperate to appear as an over-age player in an Olympics he'd helped secure for his hometown.

Pearce unveiled his 18-man squad on Monday with veteran Manchester United midfielder Ryan Giggs, who played alongside Beckham at Old Trafford, Liverpool striker Craig Bellamy and Manchester City defender Micah Richards occupying the three over-age places in an 18-man squad where the other players are under 23.

"I have a vast amount of respect for David and what he has done to bring the Olympics here," said former England defender Pearce.

But he added: "I have a duty of care to everyone to pick in my mind the best squad. I don't think there's a football manager around who picks on sentiment."

While Beckham has spent much of his career at leading clubs, his past few seasons have been with Los Angeles Galaxy in the United States' Major League Soccer.

Beckham, 37, was widely expected to be granted at least a place in the squad as reward for his role in helping London win the Olympics at the 2005 International Olympic Committee vote in Singapore.

And his presence had looked assured after he was included in a 35-man shortlist earlier last month.

However, Pearce said: "I knew there would be an issue with the over-age players but I have to be comfortable when I get in bed at night that I've made decisions not on personality.

"I could only ever stand in front of you and say that this is the strongest squad I could select.

"I spoke to him (Beckham) on Thursday as to his non inclusion in this squad.

Pearce named a squad containing 13 players from England and five from Wales. That meant there were no Scottish or Northern Irish players selected.

Football officials in Scotland, Northern Ireland and Wales had all expressed concerns about their players participating in the Olympics, fearing it could signal the start of their demise as independent football nations.

But Pearce said of his squad: "They are individuals that are all Olympians. There are no nationalities there in my eyes."

Tottenham and Wales winger Gareth Bale was not considered due to injury.

But Chelsea's Daniel Sturridge, Arsenal's Aaron Ramsey and Manchester United's Tom Cleverley were selected.
London marks the first time that Britain will compete in the men's football competition since the 1960 Olympic Games in Rome, where they finished third in their group.