Mark Knowles: Will like to invite Fergie, Giggs for dinner 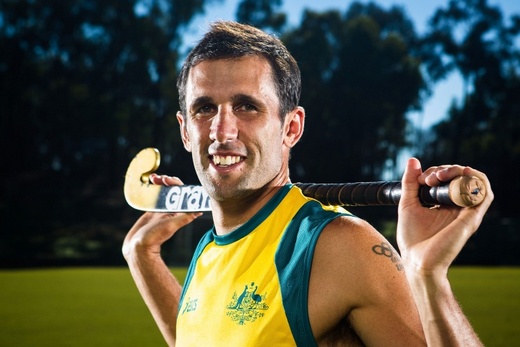 Australian hockey star Mark Knowles rose to fame when he was named the FIH Young Player of the Year for his exemplary show in 2007. Since then, the defender from Queensland has been an integral part of the Kookaburras squad.

In the country for the inaugural Hockey India League, Knowles is a part of the Punjab Warriors team and even though the side have struggled in their initial matches, Knowles reckoned there was a “lot that they would take home”. A look at the little-known facts about the 28-year-old defender:

Earliest sporting memory: Playing hockey at the age of four and watching my dad play on grass fields in Rockhampton.

Worst sporting moment: Losing the Olympic semi-final in 2008 Beijing Games and also the loss in the 2006 World Cup final to Germany.

Questions most asked by the public/press: How long will I keep playing hockey, and also am I married to Jamie Dwyer’s sister?

Other sport you would pay the most to see: Any Manchester United football game

Biggest regret: None, been very lucky to have played a great sport.

Who would you most like to invite to dinner and why? Sir Alex Ferguson and Ryan Giggs, legends of Manchester United.

Person you learnt most from: My father, he taught me a lot of things from a very young age that have helped me in life. After that, Australian national coaches Barry Dancer and Ric Charlesworth.

How will you like to be remembered? As a professional, who worked very hard to improve and gave everything I could for any team I have been involved with.

Hobbies: Spending time with family, coffee and the beach

What do you never leave home without? My phone and wallet

A habit you wish to get rid of: Biting fingernails

Any superstition? Left shinguard on first, I always carry coins and things from the old stick bag to the new one.

Funniest fan letter/proposal? There were a lot of them during the Olympics.

Where do you see yourself in five years? Living on the beach, hopefully running my own cafe with a happy, healthy family.

One thing that frightens you the most: Heights and snakes

What if not a hockey player? Soccer player for Man U.