Giggs urges Welsh fans not to boo the National Anthem 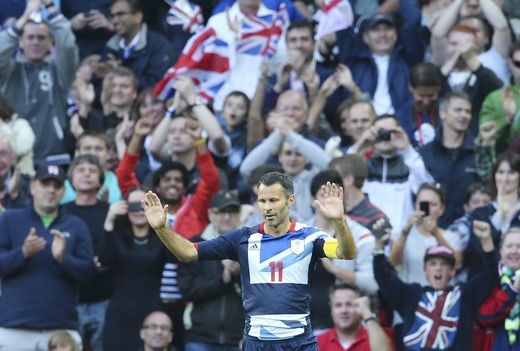 RYAN GIGGS has urged Welsh fans not to boo the National Anthem when Team GB play in Cardiff on Wednesday.

Stuart Pearce’s side need only a draw against Uruguay to qualify after their Wembley win over the UAE.

Welsh legend Giggs, who does not sing God Save the Queen, said: “I hope the National Anthem won’t get booed and I hope the fans will get behind us.”

But Giggs insists he will have no problem shaking hands with Uruguay’s Luis Suarez after the race row with his Manchester United pal Patrice Evra.