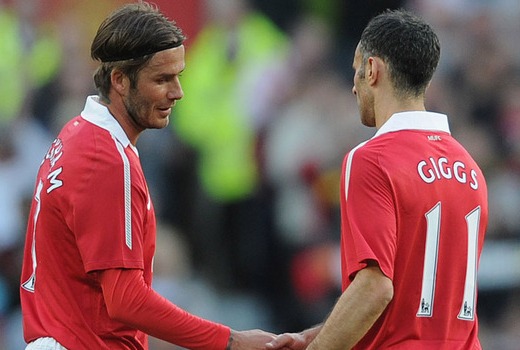 Ryan Giggs wishes David Beckham could have been included in the Team GB squad for the Olympics, but says Stuart Pearce had to go for gold.

Beckham revealed this week that he had not been selected as one of the three over-age players permitted in the squad for the under-23 tournament.

Giggs, meanwhile, will pull on the Great Britain shirt at the end of July, as Stuart Pearce's side play their opening group game against Senegal at his home stadium of Old Trafford.

The 38-year-old, speaking from Wimbledon, said: "As a former team-mate and friend of David's, I'm immensely disappointed for him.

"I wish he was in the squad, but it's Stuart Pearce's job to pick a team that he feels can win the gold, and that's what he's done.Rebecca Stephenson

"Unfortunately David isn't in that 18.

"But he'll take it on the chin. It's just one of those things that it just wasn't meant to be."

The Welshman, who has never had the chance to play in a major tournament with his country, admits that he's excited by the prospect of London 2012.

Giggs continued: "Just coming to London and feeling the buzz around the place for the Olympics and seeing the signs everywhere has got me really excited.

"It's a massive event and one that I'm looking forward to, and I'm sure the lads who are picked will go out and do the best they can."