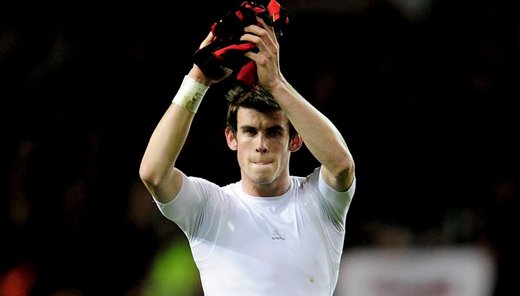 Star winger Bale, who has been a revelation at Tottenham this season, is set to feature for Wales against the Three Lions after recently shrugging off a back injury.

Former Wales international Giggs, who stepped down from the international stage in 2007, has been impressed by the 21-year-old's performances for Spurs this season.

And the Manchester United veteran hopes to see Bale in action for his country when England travel to the Millennium Stadium next Saturday.

"Bale had a great start to the season and it's a shame he has been out for six weeks," Giggs told The People.

"But he's back now and as a Welshman you want to see him put the performances in for Wales and Tottenham.

"He's a tremendous asset, he has pace, power, he scores goals and makes goals. I'd definitely like to see him play against England."

Giggs knows Wales will enter next weekend's clash as the underdogs, but is confident they have the quality needed to pull off an upset.

"In order to beat England we really need everything to go with us because they will be favourites," he added.

"We'll need a bit of luck as always and also to play well. You need to concentrate on yourselves and do well collectively.

"This is a new era and I'm excited because there's real quality in the squad.

"There are the obvious ones like Aaron Ramsey and Bale but there are top players beneath them, too.

"Now you need them to come into the team with a winning mentality, then after that the rest will come.

"So hopefully we can upset everyone. It's a sell-out already and I'm sure when I'm there at the game I'll wish I was out there.

"Hopefully the lads can rise to the occasion and really produce a shock."