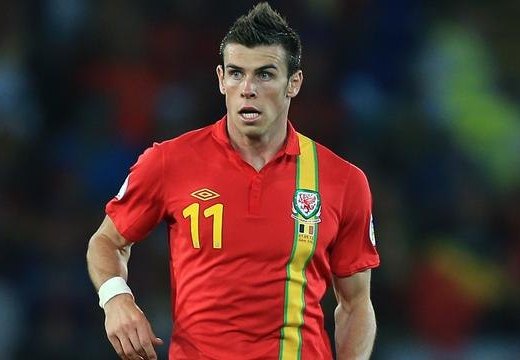 GARETH BALE was last night given the ultimate tribute for a Welsh footballer after being told: “You’re better than Ryan Giggs was at his peak.”

He got his players to double – and even triple – mark Bale at times during Tuesday night’s 2-0 World Cup victory in Osijek, but still watched on in fear whenever the Welsh star had the ball at his feet.

One surging run at full speed past four helpless Croatian players, which finished with a blistering shot turned aside by goalkeeper Stipe Pletikosa, bore the hallmarks of Giggs in the Wales number 11 shirt during his early-20s pomp.

Bale’s stunning exploits, first against Scotland and then in Croatia, have led to inevitable comparisons with his predecessor on the Welsh wing.

For years outsiders dubbed Wales as a team comprising Giggs plus 10 others, and a similar analogy is being made with Bale and Chris Coleman’s Class of 2012.

But Stimac, who played against Giggs many times while he starred in the Premier League as a defender with West Ham and Derby, reckons Bale brings even more to the party than Ryan the Great.

“When I was playing in England, I came up against Ryan Giggs and, of course, he was a good player too, world class,” said Stimac.

“But I think Bale is better than Giggs. He has the skill of Giggs, but he is stronger, has more stature and is much more difficult for a team to deal with because of that.

“Already Bale is one of the top five players in the world, a fantastic wonderful footballer.

“I like him very much, he brings so much to a team.”

Manchester United superstar Giggs scored 12 goals from 64 Wales games, stretching over a 16-year career from his debut in Germany in 1991 to his final match against the Czech Republic at the Millennium Stadium in 2007.

Bale, whose own Wales bow came against Trinidad and Tobago in 2006, has already struck nine goals for Wales in 38 appearances, his run including six in his last six matches.

He has scored the only goals managed by Wales during the current World Cup qualifying campaign, which has seen Chris Coleman’s side lose 2-0 to Belgium and Croatia, crash 6-1 in Serbia and grab that solitary Bale-inspired 2-1 triumph over Craig Levein’s Scotland.

Bale’s form at international level will see him courted even more by the world’s biggest clubs.

Croatia playmaker Luka Modric cranked up the presure by stating he wants his old Spurs colleague to join him at Real Madrid.

Modric himself made the move from Tottenham to the Bernabeu during the summer and took the opportunity in the aftermath of Croatia’s win to urge Bale to follow suit.

He even presented Bale with a white Real Madrid jersey when they met up in the tunnel area minutes after the final whistle.

Modric’s comments follow hot on the heels of the pair’s former Spurs boss Harry Redknapp declaring that Bale was up in the class of Lionel Messi and Cristiano Ronaldo and could star for any team in the world.

“It was nice to see my old friend Gareth and play against him. He’s a top player and we had a good chat after the game,” said Modric.

“I think Harry is right – it would be amazing for Gareth to come and play for Real Madrid.

“I think he can do it. He is certainly good enough to play at the highest level. I hope he will come to us.

“To have Ronaldo and Bale on the wings for Madrid would make us even better than we are at the moment... and it could make Gareth an even better player, too.

“For me, Gareth and Ronaldo are the best two wingers in the world.”

Bale himself faces a break from competitive international football, with the next qualifier not scheduled until March 22 when Coleman’s men head to Scotland.

He accepts that like Giggs, he will become a marked man from here on in after the manner in which he has wowed the world in the past few days.

But Bale, who has scored Wales’ three goals during World Cup qualifying, was also keen to deflect the plaudits coming his way and talk up the rest of the team.

“It is normal for me to be a marked man these days I think,” said Bale.

“I’m never going to stop doing what I do and hopefully I can continue to play well.”

Asked about the one-man team tag, Bale maintained: “No, I don’t agree with that.

“We defend as a team and we try to create and score goals as a team.

“Sometimes I’m up there in forward positions and if opponents are there to be taken on then I do run at them. But the whole team deserve credit.”