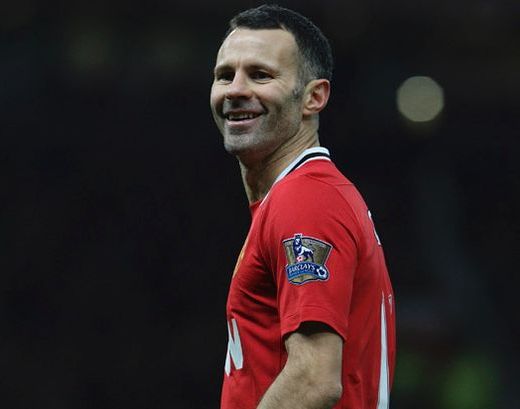 It was end of term at Manchester United’s Carrington training ground on Monday, and one topic of conversation dominated.

As the players prepared to fly to Belfast for Tuesday night’s testimonial for Harry Gregg, all the talk was of the succession to Sir Alex Ferguson.

There was no suggestion that Ferguson will not be manager next season but there is more and more chatter at the club that the 2012-2013 campaign might be his last.

There is no suggestion that his powers are waning, either, not after the way he marshaled his resources this season. But for everyone, there is a time to go.

And the players do not believe that his replacement will be a Pep Guardiola, Jose Mourinho, Martin O’Neill or David Moyes.

The strong belief, and desire, at the club is that the appointment should be internal.

And the players’ expectation is that Ryan Giggs will take charge in the summer of either 2013 or 2014.

It is also their expectation that Giggs will be assisted by Paul Scholes and Gary Neville as part of the first team set-up.

By neat co-incidence, Tuesday saw Ferguson and Giggs were named as top Manager and Player in the Premier League’s history.

And Ferguson hinted several months ago that Giggs, 38, who holds United’s appearance record, would be his preferred successor.

Giggs, who is earning his coaching badges, will play at least one more season at United, although there is no suggestion he would become player-manager.

Whether Neville’s appointment as England coach on a four year contract this week would affect his availability to join a Giggs regime remains to be seen.

The plan for Giggs to take over is only a rumour but it is a line of succession that makes perfect sense.

It is the line that Barcelona first pursued when they promoted Guardiola from Barcelona B and, more recently, when they appointed Tito Vilanova to replace Guardiola.

It is the Boot Room way, the system that served Liverpool so well for so long after the foundations laid by Bill Shankly.

When you have a manager who has established an ethos at a club, an ethos that has brought unparalleled success, why ask someone to come in and rip it all up?

What Ferguson has achieved at United is unique and it relies heavily on the spirit and hunger he has bred at the club.

No one understands that spirit better than Giggs and no one is better equipped to carry on Ferguson’s work seamlessly.

Earlier this season, in the midst of the dismay at the 6-1 defeat to Manchester City, it was Giggs who took the lead among the players.

It was Giggs who called a team meeting and told his teammates that he was shocked at what he was witnessing.

Those who know him well are convinced he has the qualities to make a success of following Ferguson.

“He is a manager, not a coach,” someone who has played with him for the last 10 years said.

“He tends to keep a distance, which a manager needs to be able to do, and he has real authority. He watches a lot and he sees a lot.”

Sir Bobby Robson, whose example was one of the factors in encouraging Ferguson to abandon previous plans for retirement, ended his last managing job when he was 71. Ferguson will be 71 on New Year’s Eve.

It will be a sad day for the game when he calls it quits but when it happens, his natural successor will be already by his side.