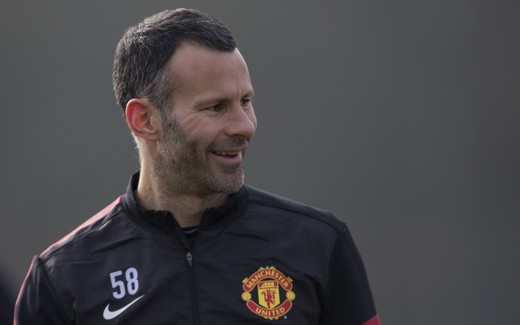 Ryan Giggs has the potential to manage Manchester United when Alex Ferguson eventually calls it a day, according to his former team mate Ole Gunnar Solskjaer.

Solskjaer, who helped United win a treble of the Champions League, Premier League and FA Cup in 1999, has already made his mark in management with Norwegian side Molde and believes the Welshman will do the same when he hangs up his boots.

"Giggsy is going to play another year (but) I'd say he's got his eyes and ears open more to what the manager is doing," Solskjaer told Reuters at an event to launch Norway's Tippeliagen season this week.

"He's looking at that (United) job for himself, Giggsy. He's got top potential."

Midfielder Giggs, who is still producing top performances in some of United's biggest games at the age of 39 and has just made his 1,000th professional appearance, has signed a deal to play until the end of next season.

He has taken his coaching qualifications to prepare him for his next career move whenever that might be.

With 71-year-old Ferguson giving no clue as to when he might be tempted into retirement, it could be quite some time before anyone else sits in the Old Trafford hot seat that Solskjaer himself would love to occupy.

"I've said it before that my dream is to manage Man United - that's tongue in cheek really, because it's a massive job, it's the biggest job in the world," the Norwegian said.

"But you have to dream big - if you don't dream big you won't make it, so let's just wait and see what happens."

Solskjaer, arguably Norway's most successful player, spent 11 years at United and earned an everlasting place in fans' hearts when he scored the last-minute winner against Bayern Munich to secure their memorable 2-1 victory in the 1999 Champions League final.

He continued playing for United until 2007 when he retired after failing to recover from a serious knee injury, then honed his skills as coach of United's reserve team.

It is the winning mentality he brought from Old Trafford that Solskjaer believes has helped him change Molde from also-rans into champions.

"The mentality has changed. I brought coaches from Man United over with me and we coach them in the same philosophy as I was coached when I played there," said Solskjaer, who has led Molde to two league titles in two years since returning home.

"I've come back to a club I knew well from before. It's a club that's always had loads of talented players, but it's always been regarded as a 'nearly' club. Seven second positions, loads of bronze finishes, a couple of cup winners' medals.

"I think it's the belief in themselves -- the belief we show them, that we trust them, that helped a lot here," added the one -time "baby-faced assassin" as Ferguson dubbed the youthful-looking goalscorer who is now 40.

As a manager, Solskjaer has yet to taste the same success in the Champions League that he enjoyed as a player but he hopes that might change.

"The Champions League is the best place to play football, for any footballer, any coach. For me to manage there would be a great test," he said.

Molde went out 2-1 on aggregate in the third qualifying round for this season's competition against FC Basel of Switzerland.

Only two Norwegian clubs have reached the Group Stage of Europe's elite club competition - Rosenborg Trondheim 12 times and Molde once in 1999-2000 when they were grouped with Real Madrid, Porto and Olympiakos and lost five of their six matches.

Although he was linked to a move to English Premier League club Aston Villa last year, Solskjaer said he was aiming to stay in Norway for now.

"To qualify for the Champions League would be so massive financially for the club. We don't have a budget near the top clubs in Norway, but we'll do our best in July to qualify."

Solskjaer's side start their domestic title defence away to Viking Stavanger on March 15 but whether their manager is still at the helm when the season ends on November 11 remains to be seen.

"The kids love it, growing up in Norway," Solskjaer said. "But then again if an opportunity comes along, you never know."