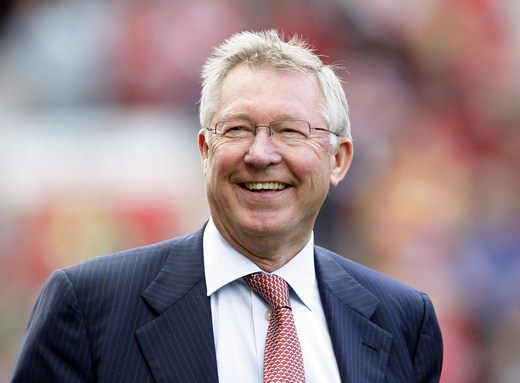 In the latest part of our series to celebrate Sir Alex Ferguson's 25-year reign at Old Trafford, we look at 25 key decisions he has made in his time in charge.

SAYING YES TO UNITED
Ferguson was top man in Scotland having broken the Auld Firm domination with Aberdeen. His family were settled in the Granite City but the lure of Old Trafford was too big a pull when United came calling.

SELLING PAUL MCGRATH AND NORMAN WHITESIDE
Fergie walked into a drinking culture at United and chief culprits allegedly were fan favourites Whiteside and McGrath. It was unpopular but to cleanse the squad and prove his iron fist selling the pair was a vital early decision.

RE-SIGNING MARK HUGHES
Selling two favourites like McGrath and Whiteside put Ferguson on the back foot with United fans. Bringing back Sparky in 1989 from Spain was a stroke of genius and the Welsh striker spearheaded the start of the golden years.

INVESTING HEAVILY IN SUMMER OF 1989
Getting his own team together was a slow burner but Fergie cranked up the process in the summer of ’89. Arrivals of Gary Pallister, Paul Ince, Neil Webb, Danny Wallace and
Mike Phelan brightened up Old Trafford. Had its early setback after 5-1 loss at Maine Road but they became the heartbeat of the new-look Reds.

DROPPING JIM LEIGHTON FOR 1990 FA CUP FINAL REPLAY
Leighton had been Fergie’s stalwart No 1 at Aberdeen and he moved quickly to bring him down south. But in pursuit of his first trophy, Leighton almost blew it with a mistake riddled 1990 FA Cup final. Loyalty had to be cast aside and the keeper was axed for the replay. Les Sealey starred in the 1-0 victory.

SIGNING ERIC CANTONA
The elusive title threatened to remain so as United struggled at times to unlock doors. To make his very good team into a great one, Fergie cheekily got Leeds to sell him a bargain and a marriage made in heaven put the Reds on a new level.

SELLING PAUL INCE
Just like with the McGrath and Whiteside issue, Fergie proved he was the boss in dealing with the growing influence of the self-styled Guv’nor Paul Ince. His standing in the dressing room and re-styling his game on the field was becoming a disruptive problem, according to Fergie. Despite Incey being a fan favourite he was allowed to leave for Inter Milan.

PROMOTING CLASS OF ‘92
Favourites Paul Ince, Mark Hughes and Andrei Kanchelskis were the names dominating the ‘95 summer of discontent. But having seen a young Ajax side win the Champions league, Fergie was convinced his Class of ‘92 had to be promoted or they’d stagnate. To make way for Beckham, Butt, Neville and Scholes the old boys had to go but it proved to be a winner.

REVAMPING UNITED’S YOUTH SYSTEM
Months before Ferguson joined United neighbours City had won the FA Youth Cup with teenagers mined locally. The Reds boss was appalled United had lost out and set about revamping a youth policy that had largely been abandoned. Nobby Stiles and Brian Kidd were enlisted to provide a local theme and encourage kids back to Old Trafford.

CHANGING SCOUTING SYSTEM
United’s youth guru Eric Harrison was brought to the Reds in 1981 by Ron Atkinson but Fergie kept him on board. Harrison, however, complained at the quality of youths coming through and told Fergie if he got him better players he’d produce more kids for the first team – Sir Alex went out and employed more scouts to give Harrison the tools to work with.

SELLING DAVID BECKHAM
The father-son relationship had been a key to the Reds success from the mid-90s into the 21st Century years. But the growing brand Beckham circus irritated the United boss and was causing too many controversies. After the infamous boot incident and its aftermath, Beckham’s days were numbered. United moved forward and signed Cristiano Ronaldo.

CHAMPIONS LEAGUE FINAL SUBSTITUTES
Dwight Yorke and Andy Cole’s partnership had delivered on so many memorable occasions in the Treble campaign but they ran out of steam in Barcelona. The injection of Teddy Sheringham and Ole Solskjaer pepped up the fading and jaded Reds.

BACKING CANTONA AFTER SELHURST PARK
Even Fergie’s wife had initially questioned that United could keep their talisman after his attack on a ‘fan’ at Crystal Palace. But there was no knee-jerk reaction and Fergie even flew to Paris to convince the striker to continue. He persuaded Cantona to return gave him the captaincy and was rewarded with the 1996 double.

SIGNING CRISTIANO RONALDO
United’s players couldn’t stop talking about the teenager after his dazzling one-man show in a pre-season friendly in Lisbon. United were on Ronaldo’s case already but Fergie fast-tracked the deal immediately to snap a future World Player of the Year up for £12.5m.

SELLING CRISTIANO RONALDO
Ronaldo’s boyhood dream was to play for Real Madrid and Fergie recognised that desire. After his World Player of the Year performances in a 42-goal 2007-08 season the United boss managed to stall his exit for a year. Another 26 goals, a title and a Champions League final were the reward before Fergie made the Reds a huge profit by selling the player for a world record £80m.

ROW WITH ROY KEANE
Keane was Fergie’s mouthpiece on the field. The midfield general was central to success but when in his twilight years the Irishman went too far with criticism, Fergie had to protect dressing room insurrection. Keano quit and Fergie didn’t fight on this occasion to keep him. His new generation was soon to become European and League double winners without the one-time inspiration.

ROW WITH RUUD VAN NISTELROOY
Like Keane, van Nistelrooy went a step too far. Axed for the ’06 League Cup final after a poor display at Liverpool the seeds were sewn for the Dutchman’s departure. A subsequent training ground row with Cristiano Ronaldo effectively left Fergie with a choice of the Portuguese player and harmony or the Dutchman’s goals. The unrest caused in the dressing room meant van Nistelrooy had to go.

SIGNING RYAN GIGGS
Giggs (then Ryan Wilson) was at City’s school of excellence but on a tip from a United staff member, Fergie arranged for a Salford Boys game at the cliff against United’s Under 15s. Giggs scored a hat trick and Fergie later turned up at his house with an offer to sign him up for the Reds.

RETIREMENT U-TURN
In 2001, Ferguson announced that he was set to quit the Reds in the summer of 2002. All plans were in place before he came to realise his error that pipe and slippers at his Wilmslow abode were not his cup of tea. He went to the club to tell them he’d changed his mind and the story continues to this day.

FIGHTING TO KEEP ROONEY
The immediate reaction from many United fans to the news that Rooney wasn’t impressed with United’s future plans and wouldn’t sign a new deal was to get rid if he no longer believed in the Old Trafford way. But despite his annoyance Fergie worked behind the scenes quickly to remedy the situation.

APPOINTING STEVE McCLAREN AS ASSISTANT IN 1999
Losing key lieutenant Brian Kidd to Blackburn in December ’98 could have been a critical blow. Fergie didn’t panic but did his homework and homed in on McClaren. He may have since become a much-maligned figure but he brought fresh innovative ideas at the time and slotted neatly into the Treble-winning finale months from February onwards.

NOT BEING TEMPTED TO MANAGE ELSEWHERE
Scotland, England, Barcelona and Chelsea have all courted Fergie in his tenure at Old Trafford. But despite riches on offer elsewhere, the Reds boss has always remained loyal to United and snubbed offers.

TAKING SIR MATT BUSBY’S ADVICE
In the dark days in the late ’80s as Fergie was subjected to disillusioned fan abuse at Old Trafford and critical media scrutiny, his chats with the legendary former United manager proved to be a calming psychological booster to continue the task he had set about to rebuild United.

PROMOTING BRIAN KIDD TO ASSISTANT IN 1991
Fergie was rocked when his long time pal Archie Knox upped sticks and went to Rangers to join Walter Smith just before the European Cup Winners’ Cup final. But he moved Kiddo up from his job as youth development officer. For eight years, it was a hugely successful alliance, with Kidd particularly an influential figure to the Class of ’92.