Sir Alex: Win could be pivotal 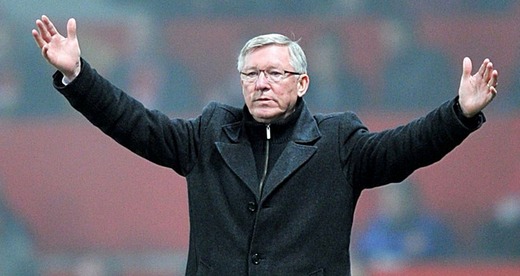 But Giggs, playing his 900th game for the club, popped up with the winner two minutes into injury-time to secure what could turn out to be a huge victory.

"It's a great result and it will have an impact," the boss told MUTV afterwards. "Everyone knows we never give in and no matter who plays us they know they're going to have to play right until the very death.

"I have to say though we were lucky. Norwich were the better team and they had more purpose about them. They kept crossing the ball into our box and but for Jonny Evans, Rio Ferdinand and David De Gea we'd have been behind. The three of them were brilliant.

"I thought we were lethargic and too casual on the ball," added Sir Alex. "But when we lost the goal we played brilliantly. That tells you something about the temperament of the players. They didn't get nervous, they kept playing and started to up their game, and that augurs well for us.

"Norwich deserved a point really today, but we scored a great winning goal and that was when you saw [the real] Manchester United."

As for the Reds' matchwinner, Sir Alex felt it was fitting that Giggs stole the headlines on his landmark appearance.

"To score the winning goal with the last kick of the ball in his 900th game... I think his career deserved that," added the manager. "It was a marvellous finish and a great cross from Ashley Young.

"For a player to play for one club for 900 games is exceptional and it won't be done again - an amazing career and an amazing man."