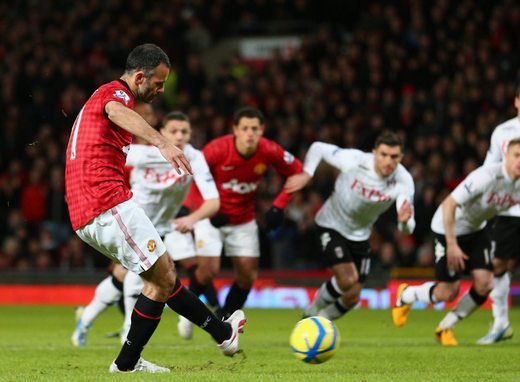 Sir Alex Ferguson has stood by his decision to strip Wayne Rooney of Manchester United’s penalty-taking duties, but insists he still has faith in the striker from 12 yards.

Ryan Giggs stepped up to score from the spot in the Reds’ 4-1 win over Fulham, even though Rooney, United’s usual designated penalty-taker, was also on the pitch.

The Englishman, however, missed his 10th penalty in a Reds shirt in United’s recent FA Cup third round replay, prompting Sir Alex to hand over the responsibility to his most experienced player.

“I think Ryan's probably one of our best penalty takers, to be honest,” the manager told MUTV.

“I think it's fair that with Wayne missing the penalties he has, it was time to give him a break. He'll come back to it, though, there's no question about that.

“The thing about Wayne is that it doesn't faze him if he misses a penalty kick. He's got a fantastic temperament for that.”