Sir Alex happy with United's win and face Chelsea next 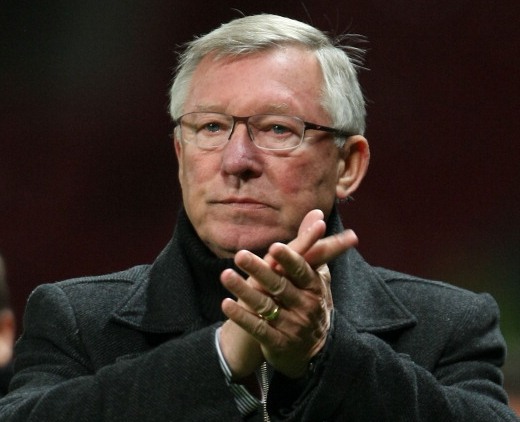 Ferguson fielded a young side against Newcastle with the likes of youngsters Scott Wootton, Michael Keane, Marnick Vermijl all starting and Robbie Brady and Ryan Tunnicliffe making appearances off the bench.

United face Chelsea in the next round and Ferguson insists they will try to go all the way in the competition.

"Newcastle had a stronger team than us physically but we played some fantastic football and we deserved to win," said Ferguson.

"We want to progress as far as we can in this competition and will do our best to do that.".

Newcastle boss Alan Pardew was disappointed with the outcome, believing his side had done enough to at least take the tie into extra-time.

However, their best chance disappeared when Papiss Cisse's overhead kick came crashing back off the crossbar near the end.

"There are a lot of positives to take out of tonight," he said.

"The media can't hang that tag round Papiss' neck that he has not scored anymore.

"That goal means everything to him. There is nothing in his work-rate that has changed. Sometimes a goal can make a difference.

"You could see that little bit of exuberance return to his game with the overhead kick. I thought that was in."

Meanwhile, Chelsea's game against Manchester United is the pick of the Capital One Cup fourth-round draw.

The Blues slaughtered Wolves while United edged past Newcastle to set up the mouthwatering clash.

Reading, who beat QPR in a five-goal thriller, will play an Arsenal side which scored six against Coventry in the third-round.

Sunderland and Wigan will be favourites to progress against Middlesbrough and Bradford respectively, while Southampton travel to Leeds.

Chelsea now the favourites to win the Capital One Cup according to football odds, follow by Arsenal and Manchester United. Fourth-round fixtures will be played in the week commencing October 29, 2012.