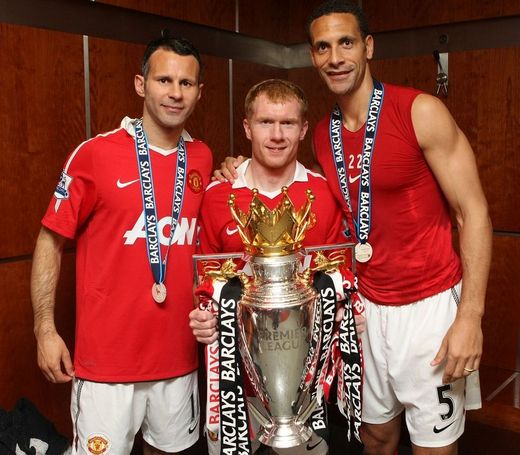 Sir Alex Ferguson has paid tribute to Ryan Giggs, Paul Scholes and Rio Ferdinand as the trio near personal milestones for United.

Giggs will make his 600th Premier League appearance if he is involved against Wigan, while Scholes and Ferdinand are one shy of 700 and 400 senior outings for the club respectively.

Sir Alex credits the players’ longevity to the way they have looked after themselves and believes Giggs is perfectly capable of playing into his 40s.

"My personal feeling is that Ryan can play for another couple of years," the Reds boss said.

"Paul's a different physical specimen to Ryan and he's had his injuries – two knee injuries, an eye injury – and yet he's playing his 700th game. It's phenomenal.

"Rio's also playing his 400th game. It's a landmark for the three players and it's a great example to the younger players about what can be achieved if they sacrifice in football. These players have done that or they would never have got to this stage."

While Giggs and Scholes can no longer play every week, they undoubtedly still have plenty to offer the side, as the latter proved in his inspirational cameo at Southampton in United’s last game.

The pair have spent two decades under Sir Alex’s tutelage and the boss counts himself fortunate to have been able to work with them for so long.

"You can’t judge Ryan’s performances at the moment because I haven’t played him!" said Sir Alex. "But he will be involved in a lot of games this season, as normal, and I’m sure we'll see his ability.

"Paul came on against Southampton and it was like opening a door to another room. He brought order to the game. His selection and accuracy of passes changed the game.

"Robin van Persie, quite rightly, said he thought he was the man of the match, even though he was only on the pitch for 25 minutes. Southampton didn't know what to do with him.

"That's a great credit to the lad. He'll always produce quality. He could be playing in 10 years in a former players’ game and still show what a fantastic player he is.

"It's a landmark for the three players and it's a great example to the younger players about what can be achieved if they sacrifice in football."
– Sir Alex Ferguson