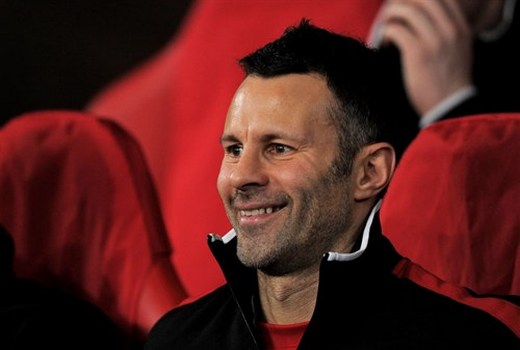 Sir Alex Ferguson believes Ryan Giggs is unique in football today and feels his remarkable longevity will never be repeated.

The midfielder is in contention to make an incredible 900th appearance for Manchester United in Sunday's Barclays Premier League clash with Norwich City and recently agreed another one-year extension to his Old Trafford contract.

When a team-mate like Tom Cleverley admits: "I remember pretending to be Ryan Giggs in the back garden," it illustrates the impact of somebody who was in the Reds' first-team before the Premier League started in 1992.

Paolo Maldini, AC Milan's stalwart defender, remains slightly ahead of the Welshman after making 902 appearances and spending 25 years in and around the Serie A side's first team but Sir Alex is in no doubt that his player is the most exceptional.

"Maldini was a defender," stressed the boss. "And, although in his case, he did a lot of running as a full-back, wide players have more work to do than full-backs. That's the distinction between the two, although Maldini was obviously a magnificent player."

It's easy to forget many pundits expected Giggs to retire after overtaking Sir Bobby Charlton's number of appearances and scoring a crucial penalty in the Champions League final shoot-out victory over Chelsea in 2008.

"It's amazing," admitted Sir Alex. "When we went to Moscow he beat Bobby Charlton's record. It's phenomenal and he keeps defying his age. His performance level now is as it was then. Nothing's changed.

"I think Ryan's maturity and the fact we've changed his position has given a new aspect to his game. We remember him running up and down the touchline, running at full-backs.

"From my point of view, and not everyone will agree with me, is that being in the Premier League for as long as he has and achieved what he has, I don't think anybody else will ever do it."