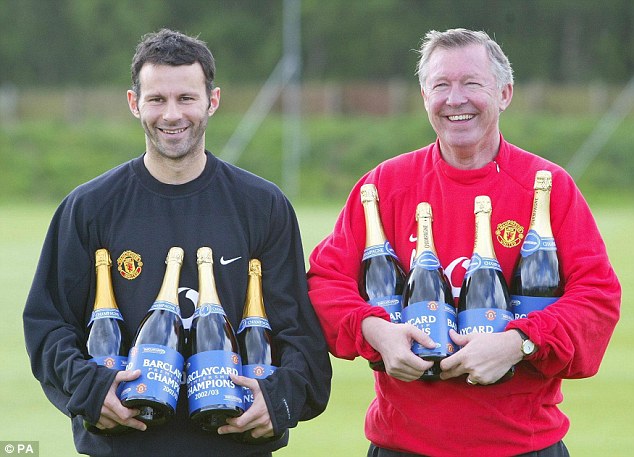 Sir Alex Ferguson expects Ryan Giggs to be a 'great manager' and revealed he would have made him his assistant had the Wales winger not gone on for so long as a player.

Giggs, the most decorated player in Manchester United history, carried on playing past his 40th birthday, and became player-coach on the staff when David Moyes replaced Ferguson at Old Trafford in 2013.

Moyes quickly moved on and Giggs took the reins on an interim basis. He remains at United as assistant to Louis van Gaal and many expect him to be the eventual successor to the Dutchman, who has promised his wife he will retire in 2017.

'Ryan Giggs is eventually going to be a great manager,' said Ferguson, in his new book 'Leading'.

'He has intelligence, presence and knowledge - but there was no chance that I would have ever asked him, or any other player, to consider being my successor while he was still fortunate enough to be playing.'

Ferguson gave Giggs his United debut in March 1991, and together they won 13 Barclays Premier League and two Champions League finals.

The pair may even have worked side-by-side in the coaching team had Giggs not been able to extend his career for so long.

Ferguson said: 'There is every chance that he would have been my assistant in my final five years at Manchester United, alongside Mick Phelan.'

'Leading' By Sir Alex Ferguson with Michael Moritz, is available through Hodder and Stoughton.