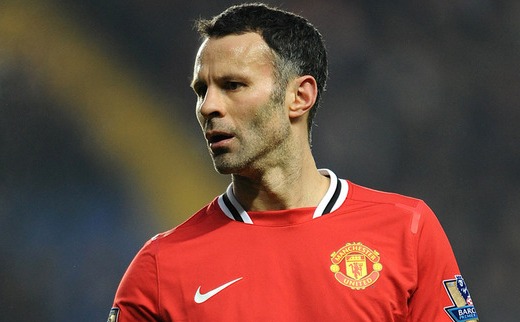 Paul Scholes has backed Ryan Giggs to be a serious contender for the Manchester United managerial post when Sir Alex Ferguson slips into retirement.

The current occupant of the Old Trafford hot-seat has offered no indication that he is to step down any time soon, but there will become a day when he finally walks away.

Speculation regarding who could fill such sizeable shoes is already doing the rounds, with the likes of Jose Mourinho and Pep Guardiola drawing plenty of support.

United could, however, be prepared to promote from within, offering a club legend the opportunity to inherit the reins.

Giggs, who recently penned a 12-month extension to his playing contract, is considered to be the most likely candidate to take that step.

United have always maintained that they will look to appoint the best manager available at the time, but Scholes has revealed that those inside the camp have already discussed the possibility of Giggs moving into the dugout.

"People have talked about Mourinho," he told FourFourTwo.

"It can change quickly - it's about who is successful at the time. Whether they are British or foreign, you just want the best man for the job.

It is also being widely reported that Ferguson considers Giggs to be the ideal choice as his successor.

The Scot has worked closely with the Welsh winger for 20 years, with the pair having helped United to enjoy an era of domestic dominance.

United have in the past said that they will take Ferguson's advice on board when the day comes to make a managerial change, with chief executive David Gill having told The Independent back in May 2010: "I think Alex will be the key.

"He knows people. He will have a big role in advising and being a sounding board."