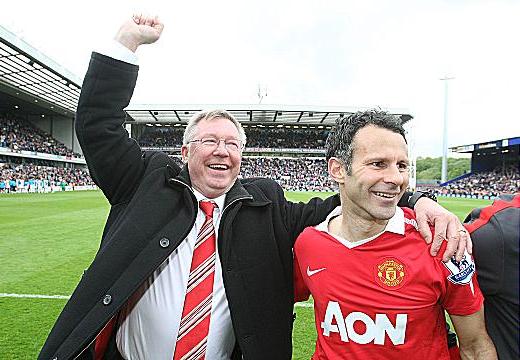 What do you get for the man who has everything? Well, certainly in terms of trophies anyway.

Ryan Giggs says he would buy Sir Alex Ferguson a karaoke machine – if only to keep the Manchester United manager quiet around the club’s Carrington training ground.

‘I’ve done all my Christmas shopping,’ said the United veteran. ‘I’m organised. I’ve done a bit of shopping, a bit online. Get it out of the way earlier.

‘What would I buy the manager? He likes singing around the place, so maybe a karaoke machine for when he gets home … so he’s singing there rather than around the training ground!’

After so long in the game, Giggs is used to being separated from his family at Christmas but admits that not seeing his children Zach and Libby is the most difficult part.

‘Christmas is just something we’re used to,’ he added. ‘I've known nothing different since I was 15. It's tougher when you've got kids. It's difficult knowing you're in a hotel that night but the kids understand. They’re probably too busy to notice I’ve gone.’