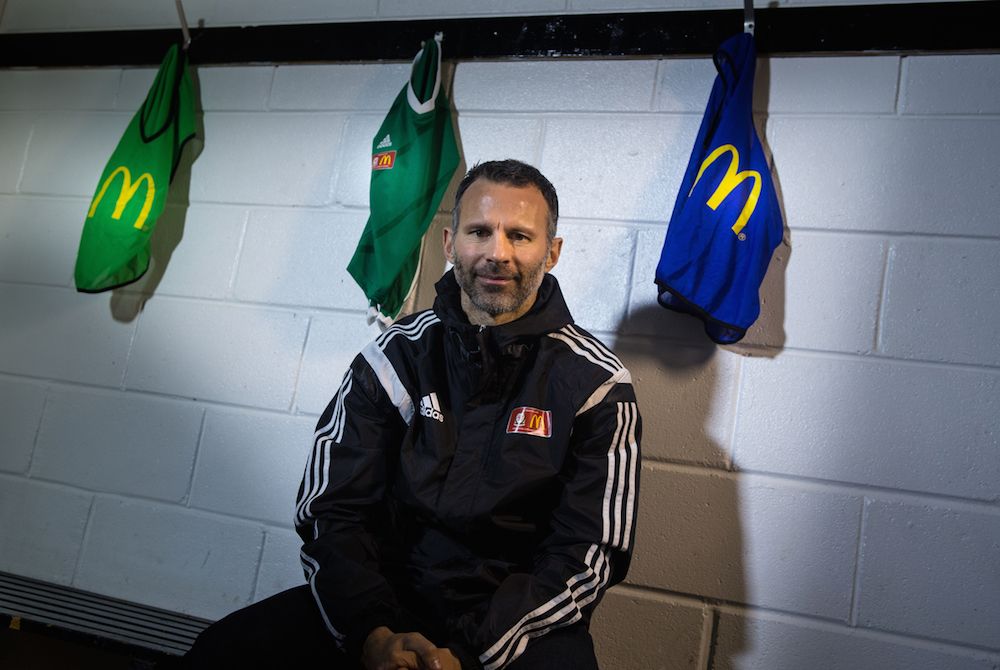 Manchester United great Ryan Giggs has no qualms about extending his coaching break beyond the summer unless the right challenge crops up.

After 29 seasons at Old Trafford as player and assistant manager, the 43-year-old moved onto pastures new in the summer with the hope of making his name in management.

Giggs was strongly linked with the Swansea job earlier in the season but has yet to return to coaching - not that there is much downtime given his business interests and media work.

United's most decorated player has also started work as a UEFA technical observer, with the experience of post-Old Trafford life giving the former winger balance and perspective when it comes to his next step.

'I am really open about it,' Giggs said when asked about the summer and beyond.

'If I was to have another year like the year I've just had, then so be it. I've enjoyed it.

'But also if jobs or opportunities arise that I think are interesting and I'll enjoy and are challenging, then definitely.'

A full-time return to football certainly looks unlikely before the summer, joking his 'diary is full until the end of the season'.

Such focus on other interests does not mean Giggs' desire to coach has dissipated, just that the break has allowed him to enjoy things other than the cut and thrust of day-to-day football.

'When you've been in the game so long, you've left school and go straight into football, you're in that sort of bubble,' Giggs explained.

'Then when you come out of it, you see a different side of it. I mean for me, for example, I am just so much more relaxed.

'I look at football in a slightly different way, I can be a little bit more sort of objective and not so biased towards United necessarily.

'I just try and give my thoughts, especially on TV, or through other stuff as well.

'I am a little bit more relaxed and obviously getting to spend time with the kids as well is great, watching my son play football every week, watching my daughter player lacrosse - stuff that I couldn't do for such a long time.

'I wanted to take a year out from the coaching but also I wanted to obviously keep busy and still do stuff and that is what I'm managing to do. It is just getting that balance, really.'

Giggs, who was speaking at Fishguard Sports AFC as part of the 2017 McDonald's Community Awards launch, has certainly not been too far away from football.

A regular at Old Trafford this term, the 43-year-old's work as a TV pundit and part ownership of Salford City keeps him close to the game he loves, as does a new role with UEFA.

'I've just started a job with UEFA, working as a technical observer,' Giggs said. 'Last week I was at the Benfica-Dortmund game writing match reports out.

'Again, that is something different, keeping your eye in, it is also European football.

'You're getting to see European football, how other teams play and any trends that maybe are occurring.

'I am definitely keeping my eye in with the football, but also obviously there are my business interests as well.'