May 1, 2013
Posted by Steven Tan | Source from givemefootball.com 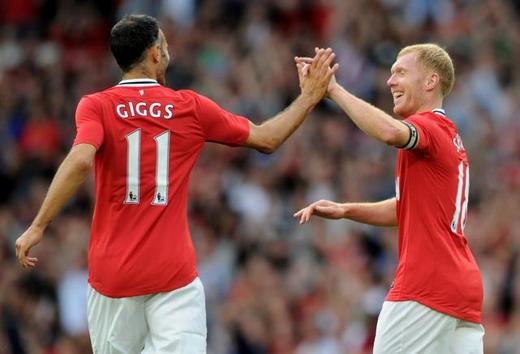 Ryan Giggs, Paul Scholes and Darren Fletcher will all be offered coaching positions with Manchester United when they decided to end their respective playing days, the club's manager Sir Alex Ferguson has confirmed.

The Premier League champions have a number of former players already involved behind the scenes, and Ferguson hopes to add some of his more experienced current crop to his backroom when the time is right.

Giggs won't be taking up a role with the coaches for another season at least after the Manchester United signed a one-year contract extension with the club, although Ferguson says Scholes will be on the Old Trafford staff if he retires at the end of the current campaign.

Fletcher, meanwhile, at only 29 is still some way behind his illustrious Manchester United teammates in terms of distance along the career path as a player, but the Scottish midfielder may be forced into early retirement due to his ongoing ulcerative colitis condition.

Manchester United will, though, says Ferguson continue to look after Fletcher in a different capacity, and the Red Devils boss believes his coaching staff is well set for the future.

"Nicky Butt is with the reserves; Darren Fletcher, when his time comes, will join. Ryan Giggs will join," Ferguson told the official Manchester United website.

"[Then there are] Brian McClair, Tony Whelan, Paul McGuinness, Marek Szmid. We have a lot of former players in positions at the club which is healthy for us."