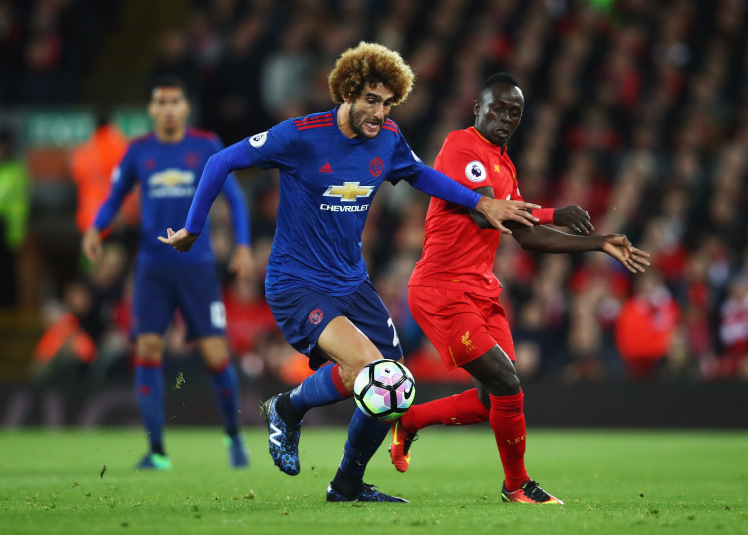 Manchester United legend Ryan Giggs has explained why Marouane Fellaini remains a key part of the first-team at Old Trafford despite some patchy form.

The Belgian midfielder took time to settle after a big-money move from Everton in 2013, when he became associated with the failure of then-manager David Moyes, who brought him with him from Goodison Park that year.

However, Fellaini has put fan criticism behind him and worked hard to cement his place in United’s plans, playing a key role under Louis van Gaal and now Jose Mourinho.

Giggs, who played with Fellaini for one season and coached him for a further two, says it is his willingness to follow instructions right to the last detail that make him an important part of any squad.

‘When you coach him, he does exactly what you say. You tell him to do one thing and he’ll do it,’ the Welshman explained.

‘He always keeps you interested and he’s always going to produce a goal. And if you see him going up front, he’s going to cause problems for the opposition.’

Giggs added that the 28-year-old is also harshly compared to some of United’s midfield greats from the Alex Ferguson era, which most players would struggle to contend with.

‘The problem is that you compare him to United midfielders down the years, (Bryan) Robson, (Roy) Keane, (Paul) Scholes,’ he added.

‘He’s not going to compare against those players because he’s not someone who is going to beat men or shoot from outside the box.