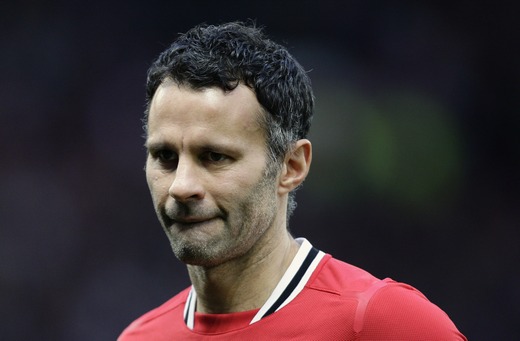 When Denis Irwin limped off the Old Trafford pitch after just 35 minutes against Everton on 2 March 1991, Alex Ferguson replaced him with a skinny 17-year-old.

Now, almost 21 years later, that talented teenager - namely Ryan Giggs - has won more trophies than any other player in the history of English football and is closing in on his 900th appearance for Manchester United.

As for Irwin, he can't believe Giggs is still terrorising top-flight defences, and recalls when the young Welshman first starting knocking on the first-team door.

"It's incredible," Irwin says as he stands on the forecourt at Old Trafford. "We all knew about him. He was like lightning, he was like the wind, and had such great ability and skill.

"The best thing about him was that he could do his defensive duties as well. He never shirked that responsibility and still doesn't. He played on the left wing in front of me for 10 years and it's incredible he's still as sharp and as driven as he is."

And important to the team. Giggs may be 38 now but he remains a vital component of Sir Alex's championship-chasing side. Games don't get much bigger than United vs Liverpool and Ryan's started all three encounters this season against the men from Merseyside.

The most recent, Saturday's eventful outing, was his 899th for the Reds, leaving him just one short of an astonishing landmark.

"To make 900 appearances for a club like this is incredible."
- Denis Irwin

"To make 900 appearances for a club like this..." Irwin says, trailing off as he seeks the words to describe Ryan's impending achievement.

"Everyone knew him as an out-and-out winger. To change his thought process on a football field [and adapt to a role in the centre of midfield] is testament to how good a player he is. He not only stayed at the top of his game but changed it as well."

Giggs won't merely reach 900 games: it's likely he'll smash the landmark. After all, last Friday he signed a contract extension with the club that will keep him at Old Trafford until the end of the 2012/13 season. By that stage - remember, Ryan also boasts 64 international caps for Wales - there's every chance he'll be nudging 1000 senior games. But why stop there?

"He certainly looks sharp enough when he plays," Irwin says. "You should play as long as you can, especially at this level. And especially here."

With that, the Irishman, himself a veteran of 529 appearances for the Reds, gestures towards the stadium and we're reminded once more of that moment more than two decades earlier when Giggs trotted onto the pitch to make his first-team bow.

"Manchester United believe we may be seeing the start of a very special career this afternoon," announced Clive Tyldesley at the time, commentating for ITV.

"Special", it turns out, was a gross understatement.