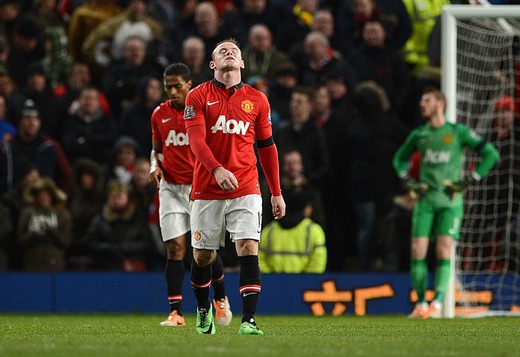 Manchester United were denied a dramatic come-from-behind victory over Fulham when Darren Bent rescued a late point for struggling Fulham deep in injury time.
Steve Sidwell had given Fulham a first-half lead but just when it looked like the visitors had staved off relentless Reds pressure, Robin van Persie and Michael Carrick scored to give United a 2-1 lead and, seemingly, all three points. Until, of course, Bent intervened.
The first half had followed a frustratingly familiar course; United had all the early possession, while the visitors placed eight or nine men behind the ball. Control, but no discernible advantage. Then after 19 minutes, on Fulham's first foray forward, Lewis Holtby picked out the run of Sidwell and, unmarked, the latter poked the ball past David De Gea.
The Reds' response of a smattering of crosses was welcomed by Fulham's towering defenders, although in a frenetic 10-minute spell United had chances: van Persie fired over from close range, Ashley Young had a header saved by Maarten Stekelenburg, and Carrick's vicious volley from 20 yards swerved wide. With so much emphasis on attack, the back door can be left open and Richardson went close on another breakaway attack. At the other end, Carrick had another shot saved, van Persie's follow-up was diverted wide and from the resulting corner Vidic's towering header was saved. 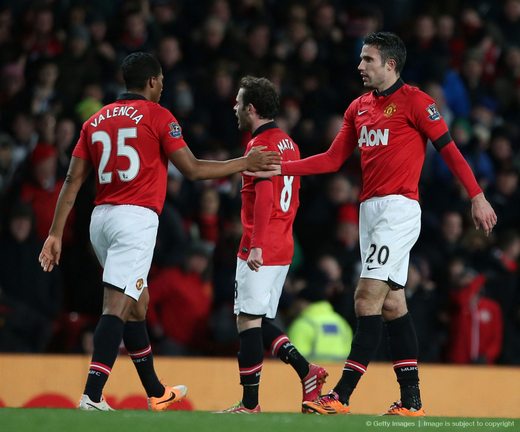 The second half brought similar exasperation in front of goal and soon a flurry of substitutes - Adnan Januzaj, Javier Hernandez and Antonio Valencia - entered the fray. Frustration could have frayed United's belief but the Reds kept going and after a series of unconverted goalmouth scrambles seemed like summing up United's afternoon, van Persie finally turned the ball over the line on 78 minutes. It was a shot in the arm and when Carrick, urged on by screams of 'shoot' from the crowd, collected Richardson's scuffed clearance on the edge of the box two minutes later, he steered the ball into the top corner via a deflection off Scott Parker. That looked like sealing victory; it was a mirage as Bent headed home from close range to snatch a point.
The match It couldn't have been more frustrating. United had vast swathes of possession and heaped pressure on Fulham's deep-lying defence but something fundamental was missing – conviction and belief in front of goal maybe, or just bad luck? Nevertheless, Fulham's first-half goal was too easily conceded. The second half brought similar disappointment in front of goal until Robin van Persie and Michael Carrick struck. But the offering of a morale-boosting win was snatched away at the last when Darren Bent pounced. Offered a carrot, beaten with the stick. 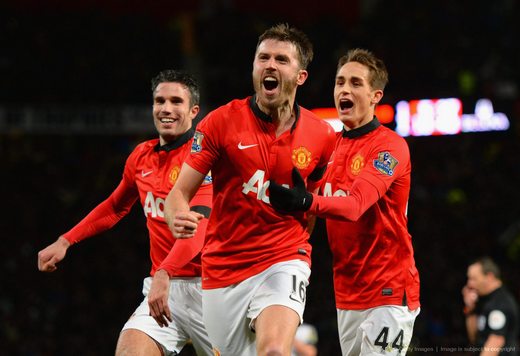 The goals Despite United's persistent pressure, it looked like the reward in front of goal might never come. But van Persie's close-range finish from Juan Mata's assist on 78 minutes was a simple route back into the game to make it 1-1, and Carrick's deflected strike released a pressure valve of frustration inside Old Trafford as the ball arced into the top corner. Sadly, lapses in concentration with play going the other way proved costly again.
Star men The game lacked an outstanding performer but at various points Carrick, Ashley Young and Juan Mata did their best to carve out opportunities. Carrick should really have been credited with giving United all three points, if only the Reds had been able to see the match out.
Sub-plots Four ex-Reds returned to Old Trafford led by former first team coach Rene Meulensteen, with Academy products and deadline-day movers Ryan Tunnicliffe, who made his debut in Fulham's starting line-up, and substitute Larnell Cole also involved. Kieran Richardson also started for the Cottagers.
Opposition Bottom-of-the-table Fulham had little to lose coming to Old Trafford and their game-plan was not at all complicated. They soaked up pressure with bodies behind the ball, pushing the Reds out wide to force crosses into the box which their aerially-dominant centre-backs mopped up, and then they played on the counter-attack, twice hitting the Reds where it hurt.
Move of the match In the second half Young moved the ball out wide to Evra, whose low cross found Mata and the Spaniard teed up a shot for Rooney, only for Stekelenburg to tip the ball over the bar. On an afternoon where cross after cross was fended off by Fulham's back four, this was one of the few occasions where United successfully played incisively through the lines.
In the stands The second supporter-initiated trial of a singing section at Old Trafford should be considered a success given the noise levels. Positioning is key inside such a large arena and in the north-east lower quadrant, 2,600 fans made themselves heard throughout. However, it was a stark contrast of emotions in the stands from Carrick's goal after 80 minutes and a quarter of an hour later when the final whistle went.