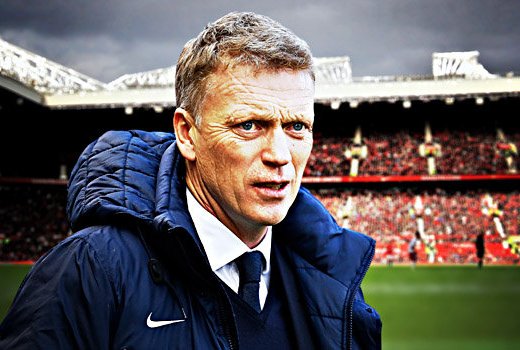 NYSE:MANU, Manchester UK. David Moyes will take over as the Manager of Manchester United from the 2013/14 season.

David, 50, has been the Everton manager since 2002, joining after a successful spell as manager of Preston North End.

"When we discussed the candidates that we felt had the right attributes we unanimously agreed on David Moyes.  David is a man of great integrity with a strong work ethic. I've admired his work for a long time and approached him as far back as 1998 to discuss the position of Assistant Manager here. He was a young man then at the start of his career and has since gone on to do a magnificent job at Everton. There is no question he has all the qualities we expect of a manager at this Club.”

“I have always said that we wanted the next manager to be a genuine Manchester United man. In David Moyes, we have someone who understands the things that make this such a special club. We have secured a man who is committed to the long-term and will build teams for the future as well as now. Stability breeds success.

“David has tremendous strength of character and recognises the importance of bringing young players through and developing them alongside world class talent.  At United, I think David will be able to express himself.  I’m delighted he has accepted and I’m  looking forward to working with him.”

“In David Moyes, we have secured the services of an outstanding manager who has all the skills to build on the phenomenal legacy in place today. I have no doubt that he will bring an energy and commitment to deliver winning football that is part of the fabric of this Club.  In this respect, he is cut from the same cloth as the Old Trafford greats who go before him.

“I have been very impressed by David’s personal and managerial traits, which reflect the Manchester United values. I have no doubt that he will embrace, and soon become an integral part of, United’s unique culture and heritage.”

“I am very pleased David has agreed to lead Manchester United into the future. His hard working style and steely determination are characteristics we value at the Club.  He has impressed as a coach for many years now and we strongly believe he will be able to take up from where Alex is leaving off by continuing this Club’s tradition of flair football played by exciting, world class players.”

“The search for a new manager has been very short.  Alex was very clear with his recommendation and we are delighted that David has agreed to accept the job.   He comes to us with excellent credentials and a strong track record.  I know he is keen to get started and Ed will be sitting down with him as soon as the season is over to discuss plans for the summer and beyond."

“I’m delighted that David has agreed to join Manchester United.  He has done a terrific job at Everton and has all the qualities that we are looking for in a manager to succeed Alex.”

“It’s a great honour to be asked to be the next Manager of Manchester United.  I am delighted that Sir Alex saw fit to recommend me for the job.  I have great respect for everything he has done and for the Football Club.

“I know how hard it will be to follow the best manager ever, but the opportunity to manage Manchester United isn’t something that comes around very often and I’m really looking forward to taking up the post next season.

“I have had a terrific job at Everton, with a tremendous chairman and Board of Directors and a great set of players.  Between now and the end of the season, I will do everything in my power to make sure we finish as high as possible in the table.

“Everton’s fantastic fans have played a big part in making my years at Goodison so enjoyable and I thank them wholeheartedly for the support they have given me and the players.  Everton will be close to me for the rest of my life.”

David will be introduced to the world as the Manager of Manchester United in due course.