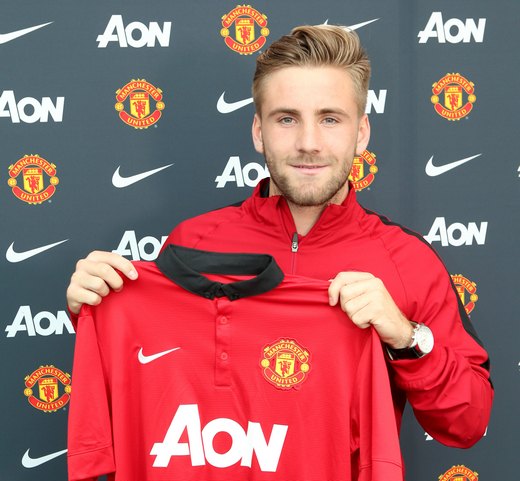 Manchester United is delighted to announce the signing of Luke Shaw from Southampton Football Club. He joins on a four-year contract with an option to extend for a further year.

Shaw, 18, recently gained his third cap for England and was the youngest player to feature in this year’s World Cup campaign. The left-back has made 67 appearances for Southampton since making his debut in 2012.

Luke Shaw said: "I am thrilled and excited to be joining Manchester United. I have been at Southampton since I was eight years old and I would like to thank them and the fans for everything they have done for me.  I want to continue to progress my career and joining United is the ideal place for me to do that. I am looking forward to this new chapter in my life and also looking forward to learning from the world-class players and management at the club."

Manchester United assistant manager Ryan Giggs said: "Luke is a very talented young left-back with great potential. He has developed immensely during his time at Southampton and has all the attributes to become a top player. I am delighted he has joined Manchester United as I believe this is the right club for him to continue his development as a young player and eventually fulfil that promise."