How Giggs is helping Fellaini 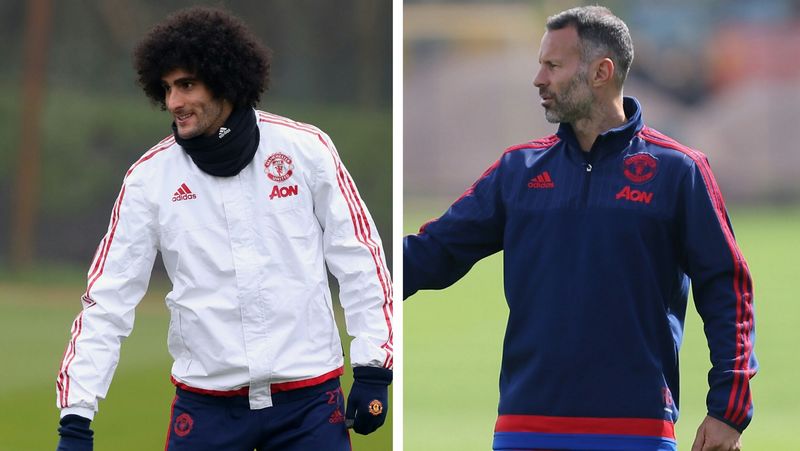 Marouane Fellaini is confident some extra training with Manchester United assistant manager Ryan Giggs will help him achieve his target of matching the seven goals he scored last season.

The Belgian has netted twice in 24 appearances this campaign, firstly against Club Brugge in the UEFA Champions League play-off back in August, and then again in the Barclays Premier League defeat at Bournemouth in December. He told Tuesday's edition of United Review that he has been practising his finishing at the Aon Training Complex with a little help from Giggs.

Asked if he specifically spends time working on his back-post headers, Fellaini revealed his extra-curricular activities with United’s top appearance maker. “Yes, sometimes we do that in training and sometimes with Giggsy as well as the other players,” he said. “They cross the ball for me to finish off.

“I hope to score seven goals or more again,” Fellaini continued. “It’s always good to score but, this season, I have missed a lot, I think. I have created a lot of chances but I have always hit the post or there were great saves from the goalkeepers. Sometimes it is the luck and I hope it turns.

“I know it is coming though because, okay, the luck can resolve itself. In the last few games, I’ve had the chance to score but the keeper is there or he makes a great save. That’s football as well but I hope the luck turns. I know it is coming.”