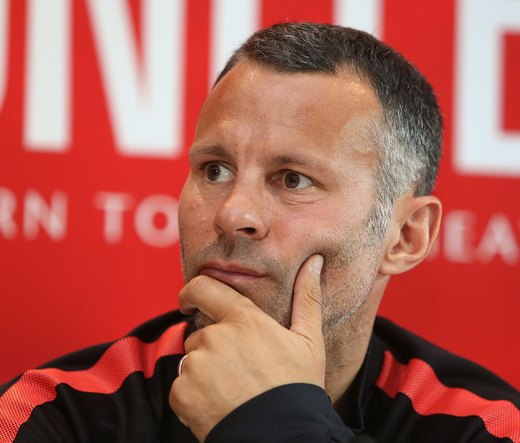 Ryan Giggs is delighted that he and Louis van Gaal can get down to work with the majority of United’s World Cup stars during this summer’s Tour 2014, presented by Aon.

A host of the Reds' internationals made early exits in Brazil and are subsequently available to complete a full touring schedule, which begins with a flight to Los Angeles on Friday 18 July ahead of United’s opening pre-season match against LA Galaxy on 23 July.

Notably, the travelling party will include the likes of Wayne Rooney, Juan Mata and Shinji Kagawa, as well as new signings Ander Herrera and Luke Shaw, and Giggs feels these inclusions will bolster United in the States.

“It’s worked out quite well,” Ryan told ManUtd.com. “The lads who went out early in the World Cup can now travel with us for the pre-season tour. We’ve got a few lads here training now, who will have about two weeks under their belts before we play our first game in America.

“Then some more lads will join us, they’ll train and will be on a slightly different programme as they will, understandably, be a little behind. But there will be nine or 10 players who will come out - some big names too - who have been in the World Cup. That’s great for the fans in the US and great for us because we can work with them as quickly as we can.”

This summer’s pre-season tour will be followed by REUNITED14, a final friendly match against Valencia that will be held at Old Trafford on Tuesday 12 August. According to midfielder Darren Fletcher, such a fixture will only boost United’s preparations for the new campaign.

“Obviously Valencia are regarded as one of the top teams in Spanish football and I think they’re in a stage of resurgence,” Fletcher said. “They have a new manager, hopefully some new players, and they’ll be pushing themselves to get back up the table and back alongside Atletico Madrid, Real Madrid and Barcelona.

“We know we’re going to play against a top side – not only will it be a fast, ferocious game because we’re at home but we’ll also have to be mindful of the technical skill of the Valencia team. It’s a perfect way to come back and get ready for the start of the season.”