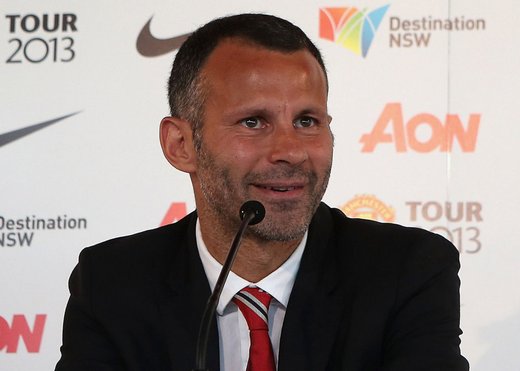 Ryan Giggs admits he is finding it strange preparing for a new Manchester United season without Sir Alex Ferguson.

The player-coach, who made his debut for the club in 1991, has travelled with David Moyes and the squad to Sydney for the second leg of their tour.

United face the A-League All Stars on Saturday having lost their first match under Moyes to the Singha All Star XI in Bangkok.

Arriving in Australia, Giggs said: "I've only had one manager for 20 years, so it's strange, but you move on.

"I've really enjoyed it. Just like any other pre-season, you've got to work hard, knuckle down and prepare yourself as best you can for the first game of the season against Swansea."

Moyes added: "The previous manager, Sir Alex, told me what to expect. He told me especially what the tours were going to be like and I think if you have a football club like Manchester United, you have to make sure you go to your supporters worldwide.

"I'm following probably the finest football manager that's ever lived. I'm always saying if I can even win a quarter of what he won, I'll have done very well.

"But the first thing I've got to do is settle into the job, get to know everybody and find my way around."