Giggs: Reds motivated by our anguish 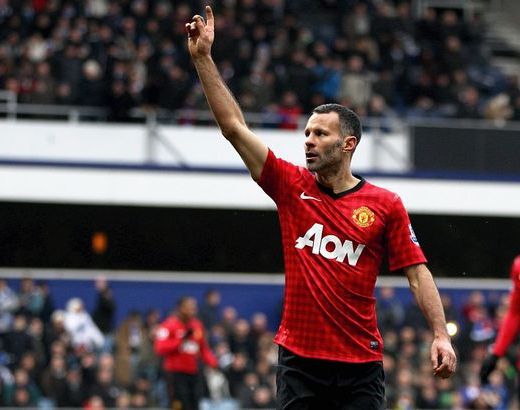 A record-breaking season for United began in those agonising moments at the Stadium of Light last May.

Losing the title on goal difference and in injury time to their bitter rivals – or ‘noisy neighbours’ as Sir Alex Ferguson famously dubbed them – stuck with each and every player at the club.

The United manager believes there is more to be learned from defeat than victory. And barring a collapse of epic proportions he has discovered that his latest generation has the character to brush off even the cruellest of disappointments to reach new heights that even he could not have envisaged at the end of last season.

United’s victory against Sunderland last weekend saw them set a new English top-flight record by winning 25 of their first 30 league games in a campaign.

They are currently 15 points clear of Roberto Mancini’s side at the top of the table and could stretch that lead to 18 if they win the derby on Monday.

It has so far been an emphatic response to the sight of the Premier League title heading to the Etihad Stadium.

But Ryan Giggs insists the fact that City were crowned champions has not been the driving force behind United’s charge this season.

“It wasn’t ideal, but the reaction would have been the same if it was Chelsea or Arsenal,” he said.

Rather he points to the nature of defeat – with Sergio Aguero’s injury time winner against QPR deciding an incredible title race when United looked to have done enough with victory against Sunderland.

“No one wanted to experience disappointment again,” said Giggs. “Sitting in the dressing room after the final game was horrendous.

“To lose on goal difference was cruel, so everyone was hurting. That will have stayed with the manager over the summer. It’s been one hell of a motivation.”

For Ferguson, as well as the players.

“He hates losing and last season will have hurt,” Giggs told Nuts. “He wants to set the record straight.”

United have traditionally responded well to losing the title.

The only time they failed to immediately respond was following Arsenal’s ‘Invincibles’ campaign in 2004 when Jose Mourinho’s Chelsea went on to win back-to-back titles.

With 77 points already Ferguson’s current team are on course to better Chelsea’s record of 95, set in 2005.

United have already picked up two more points than they needed to win the title in 97.

But Ferguson is adamant that records are not on his mind. He just wants the title back.

“Winning the league is important,” he said. “I don’t care what I win it by.

“If it’s a last minute dodgy goal in the last game of the season off somebody’s backside, it doesn’t bother me one bit. It’s winning the league that’s the issue. At this moment in time we have a chance.”

United’s unbeaten record in the league now dates back to their 1-0 defeat to Norwich at Carrow Road on November 17.

It has been that relentless form that has pushed United to the verge of the title at the start of April and is reminiscent of the form of Ferguson’s previous championship-winning sides.

“The year we won the treble the last defeat was in the December against Middlesbrough,” he said.

“It’s consistent form that you look for at this time of the season.

“We have been very consistent. The team spirit has been excellent.

“The players have handled the different team selections well, which was important because they really need to buy into that in order for us to be confident about team changes and selections.”

Giggs also points to the strength of United’s squad for their consistency.

“We’ve got players back from injury and everyone is in good form.

“The team is progressing with young players improving and experienced ones keeping their performance levels high.”

Giggs is one of those – and despite having 12 titles to his name already and the record of English football’s most decorated player, he embodies the drive of Ferguson’s determination to win even more.

Monday will be a chance for City to earn some bragging rights and keep alive their feint hopes of rescuing the title.

But United’s memories of blowing an eight-point lead last year should ensure there is no complacency at Old Trafford.

And Giggs is desperate to play a part in the derby.

“As you get older you enjoy things more,” he said. “You see how lucky you are to be playing in these big games because you know there may not be many more.”