Giggs: I have discovered that even Arsenal players can be great company! 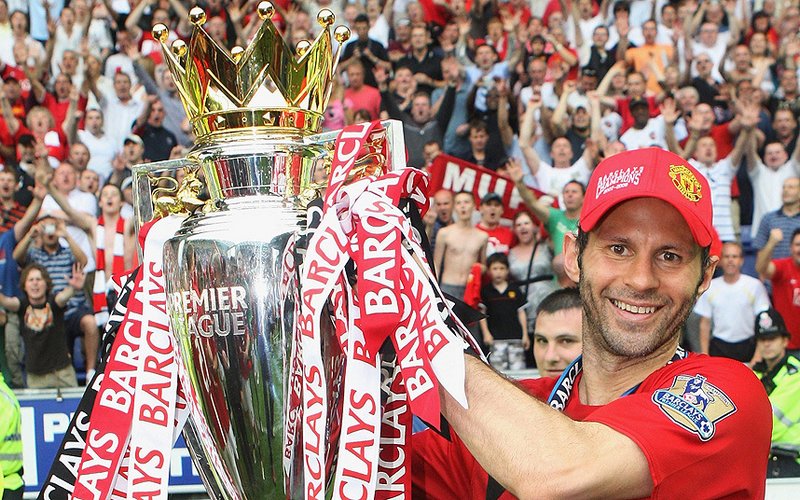 When I drove out of Carrington for the last time after clearing my stuff in May this year I was leaving behind a football club that had given my life structure all the way back to my teenage years but that did not mean that I was worried about what the future would hold.

The instinct was to take a break but ITV rang me and asked if I would fancy being a pundit for Euro 2016 and I thought, 'Why not?' I loved it. The camaraderie of the crew was great. I got to know footballers I had never socialised with before.

I was a Manchester United footballer my whole life so the notion of having a drink with some of the Arsenal players would never have occurred to me but it turned out that Lee Dixon and Ian Wright are actually great lads. Who would have thought?! I got to know Mark Pougatch, the presenter. I would spend my free time looking around Paris on my own. I have never had a chance to look around the cities I played football in.

I had an invitation to play at a futsal tournament in India. I had never been to India before. I could go away in the school holidays for the first time so I took the children to Bali. I realise most people do this travelling in their teens. At 41, I am quite old to be having a gap year but then I never had the chance before. I have always looked forward to the idea of watching United as a fan again. For years now my three best mates, all season ticket holders, have been saying: ‘Won’t be long now, Ryan, we’ll all be going  together’. Ed Woodward texted me and invited me to the directors’ box, so I went to watch the Manchester City game. I watched Stoke City from the hospitality box owned by Peter Lim, the businessman with whom we co-own Salford City.

Soon I will go back to Old Trafford as a fan with a ticket just as I did when I was a kid. Even when I was a player occasionally when I was injured I would travel to games with my mates. I am also going skiing for the first time. As a footballer skiing is off limits under the terms of your playing insurance. Nicky Butt and I are making plans to take our families. I have been having a crash course – with crash the operative word – at the Chill Factor artificial slope in Manchester.

You never know when the opportunity to come back into management will arise so I am making the most of my gap year. I want to visit different clubs and draw on the experience of other managers, and I will be ready when the right job comes along.

I want to manage, to make those difficult decisions, but Swansea were not the right fit

I believe that if I never test myself as a manager at the top level then I will always regret it, and I do not want to spend the rest of my life asking: what if?

Playing for Sir Alex Ferguson meant that you were always asked to go out of your comfort zone and after a while that becomes a way of life. I have spent my whole playing career dealing with the pressure of being at United and I am ready for that pressure of being a manager. I know what it is like from the four games at the end of the 2013-14 season for which I was in charge at United. It is a tough place out there on your own on the touchline but there was also no question for me that it was the kind of pressure I wanted. Ask anyone who has been an assistant and they will say that, while it is a great job, at some point you want to be your own man. I am at that point in my life. Giggs' appetite for management was whetted by his spell as caretaker manager at the end of the 2013-14 season. Credit: Manchester United via Getty Images

I want the right job but I want to make the difficult decisions that are part and parcel of a manager’s life.  Although it has always been my intention to take a year out, I had a number of offers from abroad, the Championship and Premier League, one of those being Swansea City.

I was invited to meet Huw Jenkins, the Swansea chairman, and visited him at his house. We got on well and after that Huw asked me to meet the club’s new majority owners, the American investors Jason Levien and Stephen Kaplan in London.

I worked with an analyst and put together a presentation on Swansea and the clubs they were facing in the weeks ahead. Stephen, Jason and Huw asked to keep the presentation and told me they would be in touch. It was a positive meeting and I felt confident that I could do a good job at Swansea. There were certain things that happened after that meeting which suggested to me that Swansea would not be the best fit. It would be impolite to go into the details other than to say that when I left the three of them after that meeting in London they were extremely positive about the presentation I had given. The owners chose Bob Bradley and I wish him all the best.