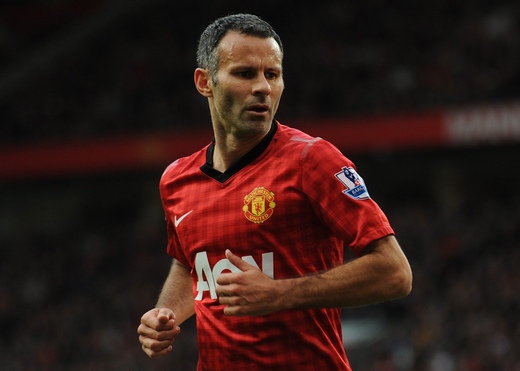 Ryan Giggs insists width will always be important at Manchester United, despite the manager’s recent decision to employ a diamond formation in games against Newcastle United, CFR Cluj and SC Braga.

The diamond eschews wide men in favour of more bodies in the central channel but Giggs, who was perhaps the archetypal modern winger for more than a decade, says there’s no need for fans to panic. Wingers, he says, are here to stay.

“I think it’s important to have flexibility,” he told ManUtd.com and PA Sport. “In the game against Newcastle at St James’ Park, that first 20 minutes was probably the best football we’ve played all season. That was with the diamond.

“With Antonio missing the game and Ashley Young injured we were short of width a little bit. So the diamond made sense and it means we have that flexibility now.

“Wayne can drop deeper, Shinji Kagawa can play in the majority of midfield positions, Tom Cleverley can play behind the strikers... we have the sort of personnel where we can chop and change and play different systems.

“Maybe we’ll need to use it in some big games – you might see it in Europe – but United, more often than not, will play with wingers.”

What formation Sir Alex employs on Sunday when United travel to Stamford Bridge to take on top-of-the-league Chelsea remains to be seen, but there’s one sight fans certainly don’t want to see: an early concession.

“That’s probably the biggest disappointment from this year, the number of times we’ve gone behind,” Giggs said of the eight games in which the Reds have conceded first this season.

“On the plus side, though, we’ve managed to come back in the majority of those games and win them.

“Obviously we can’t go throughout the season like we have been doing. But we know that if we get clean sheets and we start getting zeros against our name then we’ll create chances at the other end and win more games than we lose.”

Giggs has started in four of United’s last six trips to Stamford Bridge and although he turns 39 next month he says he’s hungry for the chance to take on Chelsea in Sunday’s top-of-the-table clash.

“I’m in good shape,” he said. “I was at the Olympics so I missed the majority of the pre-season training we do.

“That meant I was perhaps a little bit behind in relation to other players – I’d played more games rather than trained.

“But I’ve managed to get that back in order over the last few weeks, working with the coaches. I feel good at the moment.”