Giggs: The boss is the club 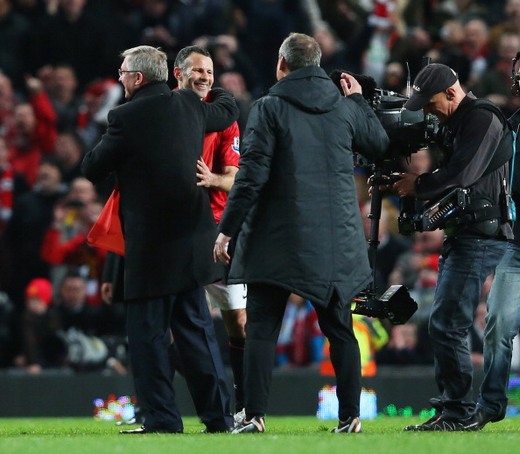 Sir Alex Ferguson has become the epitome of Manchester United, in the eyes of Ryan Giggs.

The pair have worked in harmony for over two decades of sustained success and, having starred in a 13th Premier League title triumph together, Giggs insists the fighting spirit imbued in United’s players derives from the man at the helm.

“His appetite is second to none,” said the 39-year-old. “Every day he's at the training ground, he's first there, his enthusiasm is brilliant and that feeds through the club. He is the club.

“Everything comes from the manager getting players in, getting the right staff in and he's just an unbelievable manager and an unbelievable person. He deserves everything that he gets because he works hard. I've been very lucky to play under him for so long.”

While Giggs reached double figures in terms of titles won five years ago, he now shares a dressing room with several players cherishing their first winner’s medal – and the winger sees that blend of experiences as a key factor in United's era of dominance.

“That's the key to the manager's success,” he said. “The way he evolves, never stands still, always looks forward and that shows with the amount of young players that we've got in the team; exciting players and players who are going to be here for a long time and carry on that tradition of competing for trophies.”

Having wrenched the title back from local rivals Manchester City – especially after the manner of last season’s dethronement – Giggs lauded the Reds’ achievement, admitting: “It's obviously special. When you lose it in the manner that we did last year, to win it back is something special - especially putting on a show  with the way we played tonight. We did it in style, so it's really pleasing.

“I think the strength in depth [won us the title], really. We had a lot of injuries early on, in the centre half positions especially and once we got that sorted we looked really solid. From Christmas onwards we've looked really good, and once you've got that platform of defence, and with the flair players we've got, you're always in with a chance.”