Giggs and Scholes are among United's 10 best players ever, says Sir Alex 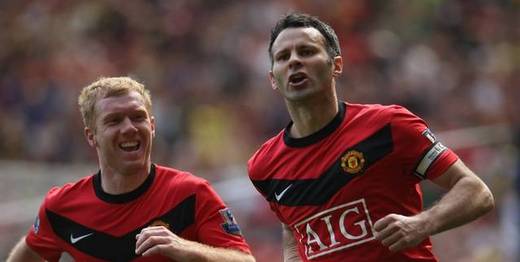 Alex Ferguson says Ryan Giggs and Paul Scholes are two of the best players Manchester Unired have ever had.

Giggs has already agreed a new one-year contract for next season, with his manager claiming the 37-year-old can go on longer even than that, while his efforts to persuade Scholes to stay on are ongoing.

"Giggs is exceptional," said Ferguson. "He can play a further two years and I will try to convince Scholes to continue too. As opposed to Giggs, he has had several injuries and problems, especially in his knees.

"He also had an eye problem that ruled him out of action for five months. He nevertheless is always ready to compete for United.

"Giggs and him are among the 10 best players in the history of Manchester United."